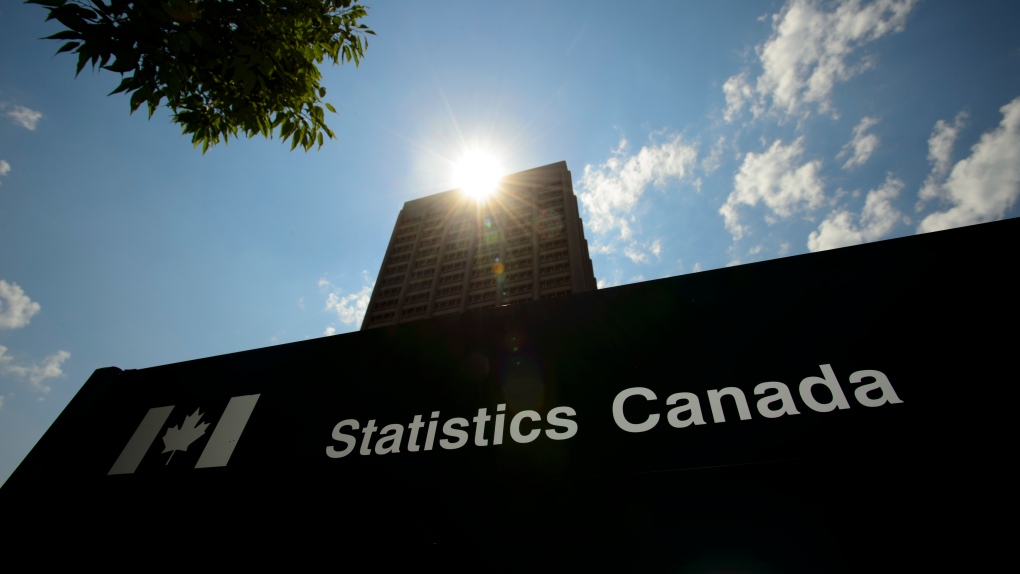 Statistics Canada building and signs are pictured in Ottawa on Wednesday, July 3, 2019. (THE CANADIAN PRESS/Sean Kilpatrick)

OTTAWA -- As tighter COVID-19 restrictions are once again challenging businesses, new data released by Statistics Canada on Thursday shows which industries were able to endure and bounce back from the first set of lockdowns.

Before the second wave of COVID-19 took hold in the fall, business conditions had stabilized and fewer owners were closing shop, according to Statistics Canada's tally of business closures in August. There were 34,126 business closures in the month, down 2.7 per cent from July and 14.2 per cent lower than prior to the COVID-19 pandemic in February, the agency said.

The number of new COVID-19 cases in Canada were far lower in August than those seen in recent weeks, which have seen a sharp upturn and prompted the return of strict measures on businesses in an effort to bring the number of new infections under control.

August's drop in business closures, as COVID-19 restrictions eased, may reflect the fact that businesses that were least able to adapt to the pandemic had already closed, Statistics Canada's report said. The number of active businesses in Canada in August was nine per cent lower than in February.

"The new series show that the tourism industries are among those most affected by the COVID-19 pandemic," the agency said.

"While business closures doubled in the business sector from February to April 2020, the tourism sector as a whole had 11,020 closures in April, more than triple the number of closures in February."

In August, business closures were rising in finance, insurance, management, transportation and warehousing in August, in line with seasonal trends from previous years. Meanwhile, more than six in 10 businesses had re-opened in August in the construction, and accommodation and food services sectors.

A separate survey from mid-September to late October, released by Statistics Canada earlier this month, suggested that 5.2 per cent of businesses were actively considering bankruptcy or closure. On top of that, around 30 per cent of businesses said in that survey they did not know "how long they could continue to operate at their current level of revenue and expenditures before considering further staffing actions, closure or bankruptcy."

Nearly 30 per cent of businesses in the arts, entertainment, recreation, accommodation and food services sectors told Statistics Canada that, under the conditions in September and October, they would need to do layoffs, close or file for bankruptcy protection within six months.

That survey, from Nov. 4 to Nov. 9, suggested that 23 per cent of small business owners surveyed were worried about "overall viability of operations."