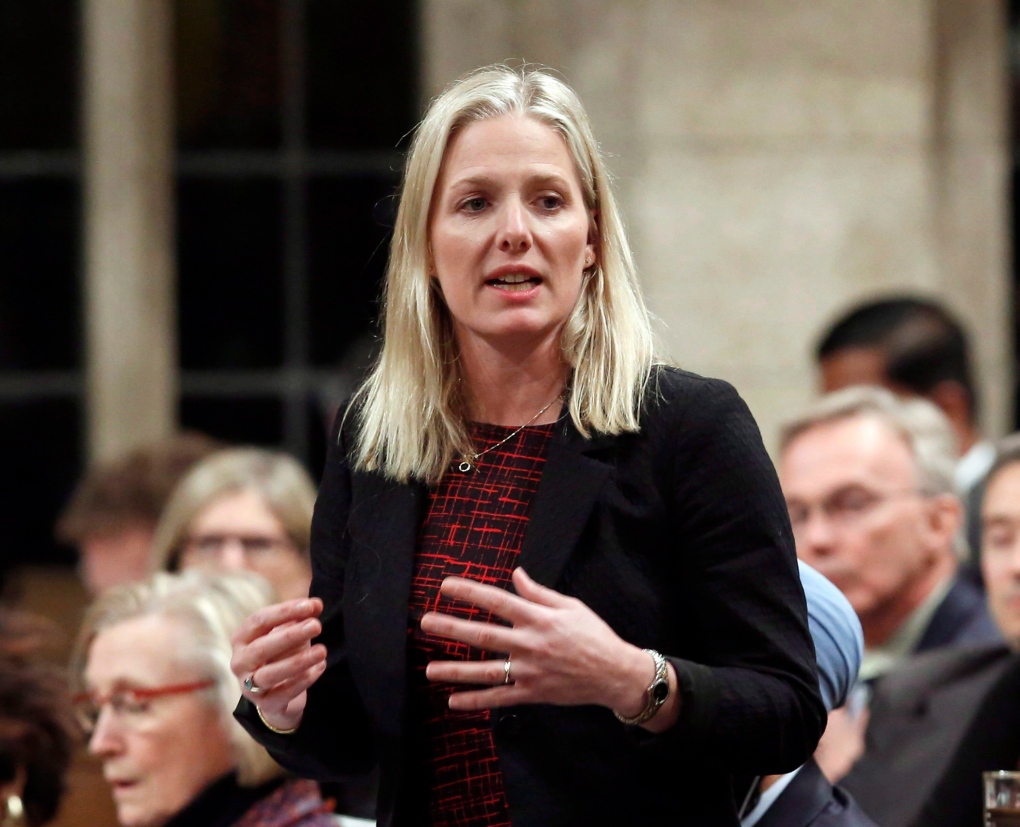 Environment Minister Catherine McKenna stands in the House of Commons during Question Period in Ottawa on March 7, 2016. (Fred Chartrand / The Canadian Press)

VICTORIA -- Potential delays by the federal government on deciding the fate of a liquefied natural gas project in British Columbia appeared to be causing a concern overseas even before the latest setback on Monday, with the Japanese ambassador warning that putting off a decision could mean Canada missing out on a rare opportunity.

But Environment Minister Catherine McKenna said Monday she expects the federal cabinet to be ready to make a decision after another 90 days on the proposed $36-billion Pacific NorthWest LNG export project near Prince Rupert.

Japan's ambassador to Canada expressed his concerns in a letter dated March 11 to the Canadian Environmental Assessment Agency, which is reviewing the project.

"It is critically important to advocate the early realization of LNG export projects in Canada," wrote Kenjiro Monji.

"If the approval of the environment assessment is delayed further, Canada may run the risk of missing the chance to export LNG to the growing Asian market for a long time."

Monji wrote that LNG exports are usually based on long-term contracts and if Canada misses this opportunity, it might not come around again for 10 or 20 years.

Pacific NorthWest LNG, the B.C. government and communities in northern B.C. were watching a Tuesday deadline for a decision from Ottawa, but McKenna said the federal review agency needs more time to clarify plans for pollution reduction and project construction.

"Because we recognize the need for timely decisions, once we receive a response from the proponent, they will have a final decision from the government within 90 days," she said in a statement.

The Canadian Environmental Assessment Agency issued a draft report last month that concluded the plant can be built without major environmental impacts, but it's now reviewing 34,000 public comments and new information about greenhouse gas emissions provided by Pacific NorthWest LNG.

B.C. government officials were sent to Ottawa to discuss and clarify project details with federal officials after McKenna announced the extended review period.

Rich Coleman, B.C.'s natural gas development minister, said the project has the potential to generate more than 18,000 jobs and produce billions of dollars in revenues.

"While work is required as a result of the Canadian Environmental Assessment Agency's latest posting, we are confident that working together with the federal government and the company, any remaining questions can be fully resolved expeditiously," he said in a statement.

Pacific NorthWest LNG president Michael Culbert said in a statement that its first project description was submitted to the environmental assessment agency in February 2013.

"Seven-hundred-and-fifty days after our initial submission and four days prior to a legislated deadline for a ministerial decision, we were advised by the CEAA that further information is required to make a determination of significant adverse impacts the proposed project may have," said Culbert. "Pacific NorthWest LNG will work to assess this latest information request and continue to work constructively with federal agencies through this rigorous process."

McKenna said the creation of an LNG industry is a huge economic opportunity for B.C. and Canada, but more time is needed to get everything right.

"Our government recognizes the importance of new infrastructure development but has also been clear that any development must occur in an environmentally sustainable manner," she said. "We committed to rebuilding Canadians' trust in environmental assessments, and to do so we need to make sure assessments are thorough and credible."