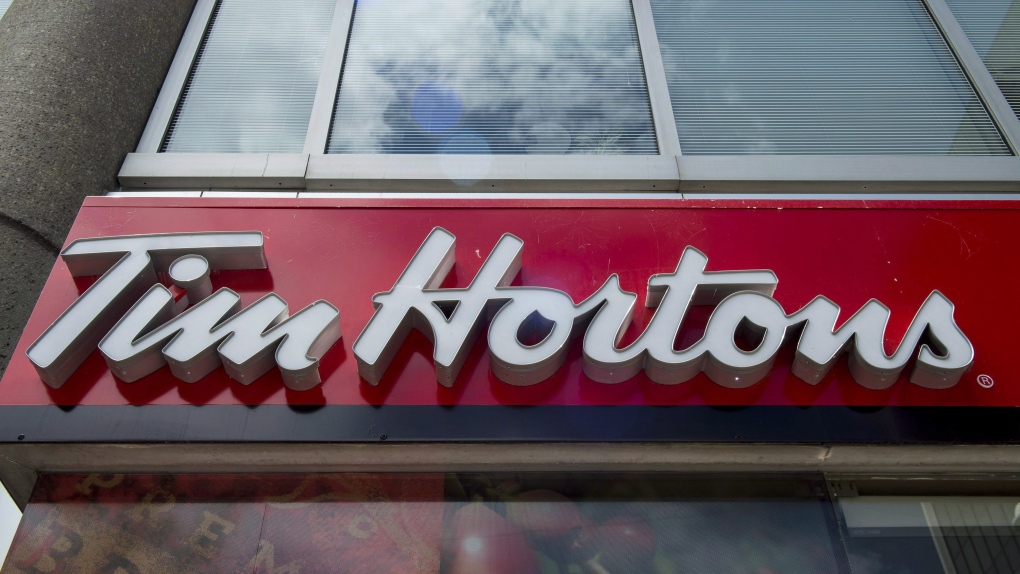 Fast-food fans no longer have to go to -- or even order from -- their favourite eateries to indulge, as grocery stores now stock a wide array of beloved menu items so superfans can heat up a St-Hubert chicken pot pie, slather on Swiss Chalet gravy sauce or whip up a pot of Tim Hortons homestyle chili at home.

The move to sell restaurant-branded goods in supermarket aisles benefits fast-food chains and grocers as competition for consumers' attention intensifies.

"This has been a lot of buzz in the industry," said Robert Carter, a food service analyst with market-research firm NPD Group, of the increasing restaurant fare in grocery stores.

Most recently, Tim Hortons introduced three of its soups and its chili to supermarket shoppers.

The company started selling its cream of broccoli, chicken noodle, and chicken and rice soups, as well as homestyle chili at some retailers in August, said spokeswoman Sarah McConnell in an email.

The four products are now sold at a number of retailers across Canada -- including Sobeys, FreshCo and Shoppers Drug Mart -- McConnell wrote, adding they plan to make the products available indefinitely as they "do not have a list end date."

This is not Tim's first foray into supermarket aisles. In January, the company announced it would start selling instant coffee, as well as iced cappuccino and iced coffee bottled drinks.

It also revealed plans to release a double-double coffee bar, a snack made without chocolate, which the company says will be available in stores later this year.

The coffee-and-doughnut chain is not alone in expanding where it sells its food.

Quebec-based St-Hubert Group first introduced its barbecue sauce to supermarkets in 1965. Since then, the rotisserie restaurant has grown its supermarket aisle to dozens of items, including a variety of fresh and frozen meat pies, chicken wings, cans of poutine gravy, and fresh coleslaw.

St-Hubert and The Keg's parent company, Recipe Unlimited, did not respond to a request for comment.

McDonald's Canada launched Big Mac, McChicken and Filet-O-Fish sandwich sauces for a limited time in 2017 to celebrate its 50th anniversary, wrote spokeswoman Veronica Bart in an email. The bottles sold until supplies ran out, but the burger chain still sells its coffee at grocery stores.

"The competition is becoming so aggressive that all the operators are looking at ways to increase revenue streams," said Carter.

"Grocery is now popping up as a really viable opportunity," he said.

The move into grocery stores allows chains to increase their distribution, build more brand awareness and create more customer loyalty in and outside of the home, said Carter.

"The bigger you can create your distribution network, the better it's going to be for your business overall," he said.

"We also all know that we pick up drinks in convenience stores, and when we do our weekly grocery shopping we are picking up soup and coffee for our homes," wrote spokeswoman Jane Almeida in an email.

When customers in the supermarket reach for that can of soup, Tim Hortons just wants it to be their can.

While restaurants can benefit from the grocery store arrangement, so can the supermarket chains. Grocery store traffic has been slipping in recent years, said Carter. In an effort to lure shoppers, some supermarkets morphed into grocerants, for example, adding a hot food selection to be consumed on premise.

Grocers are likely keen to bring in products from highly recognizable brands, like Tim Hortons, that may draw more people in, Carter said.

But one possible problem lies in chains where franchisees may feel supermarkets cannibalize their sales.

For Tim Hortons, the company's in-house analysis and research illustrates that its retail business is incremental to the restaurant one and does not impact franchisee profitability, wrote Almeida, adding some of the company's retail products are also sold in its coffee shops.

The Great White North Franchisee Association, which describes itself as "an alliance of loyal" franchisees that formed in response to alleged mismanagement of the chain by parent company RBI, did not respond to a request for comment on how the group feels about Tim's products being sold outside of their restaurants.

Carter imagines that companies implement some kind of plan to avoid franchisee discontent, and that seems to be the case with Tim Hortons.

"We have historically and continue to share a portion of our sales from retail with our restaurant owners," wrote Almeida.

This report by The Canadian Press was first published Oct. 9, 2019.