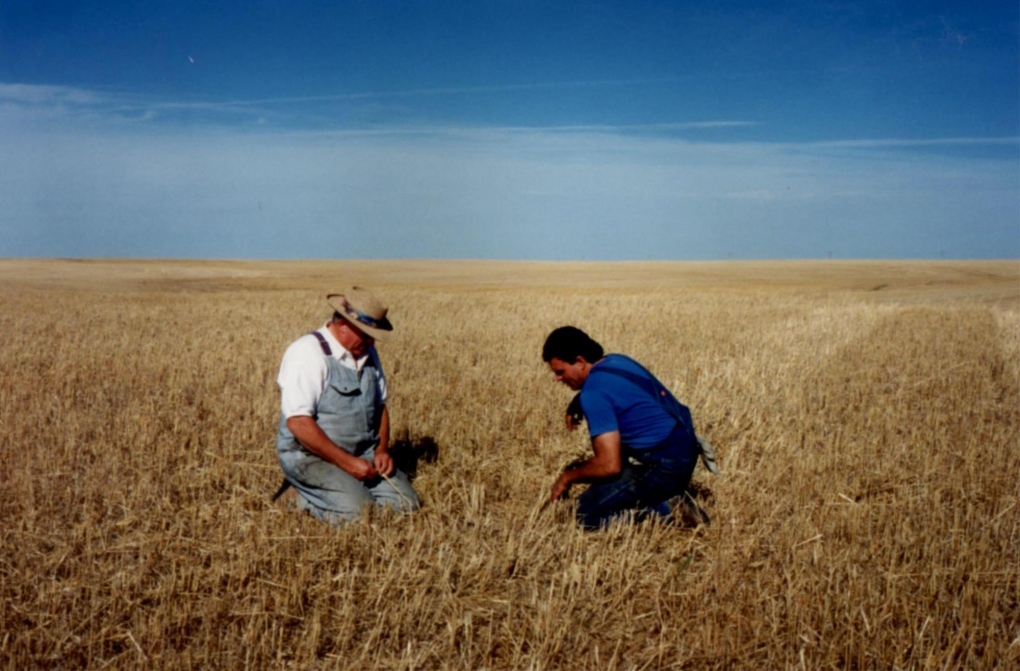 Roy Levee and his son Kim check a grain field on their farm in Radville, Sask., in this undated photo. (Martin O'Hanlon / The Canadian Press)

OTTAWA -- Agriculture Canada says 2015 could be a bumper year for farm incomes.

The department says in its annual farm outlook that farm incomes reached record levels in 2015 and will remain above average this year.

"Our analysis shows that 2015 and 2016 should be among the most successful years in the history of Canadian agriculture," Rodney Myer, director of the farm economic analysis division, said in a conference call Friday.

The report provides a forecast of farm income in the agricultural sector for the previous and current calendar years and looks ahead ten years to longer term trends that could impact the agriculture sector.

Myer said they're expecting a decline to $13.6 billion this year, but he says that's still historically high. It's 14 per cent higher than the 2010-2014 average.

The average net worth per farm is expected to reach $2.7 million this year.

"Early in the 2015 growing season, there was significant concern that widespread dry conditions in Western Canada would result in a short crop and a sharp decline in farm cash receipts," said Myer.

The outlook says a projected increase in both crop and livestock receipts contributed to strong income levels.

"If that persists throughout 2016, Canadian producers could see further improvements in the prices they receive," Myer said.