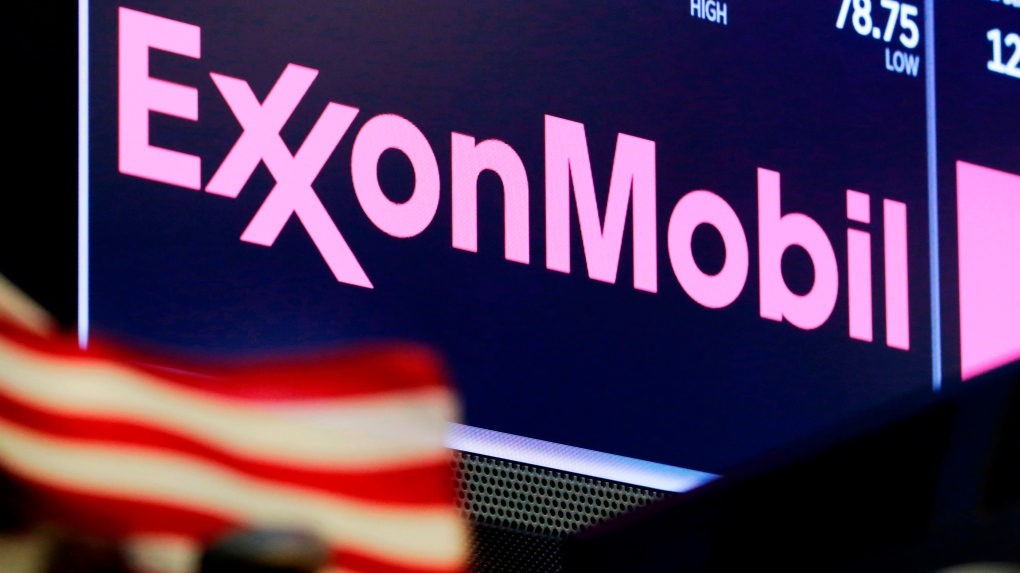 FILE - In this April 23, 2018, file photo, the logo for ExxonMobil appears above a trading post on the floor of the New York Stock Exchange. (AP Photo/Richard Drew, File)

HOUSTON -- A federal judge ordered Exxon Mobil to pay a US$14.25 million civil penalty Tuesday in an 11-year-old lawsuit alleging it violated the Clean Air Act for eight years at its flagship Baytown, Texas, refinery.

In setting the penalty, which would go to the U.S. Treasury, U.S. District Judge David Hittner of Houston reduced a previous award he handed down in 2017 of almost $20 million. The 5th U.S. Circuit Court of Appeals overturned that ruling on Exxon's appeal last July and remanded the case to Hittner.

In a statement, Exxon Mobil spokesman Todd Spitler said the company is "currently reviewing the decision and considering next steps." Luke Metzger, executive director of Environment Texas, the non-profit advocacy group that filed the suit in 2010, said he expected further appeals.

The group Environment Texas sued the Irving, Texas-based company in 2010. After a trial of almost three weeks in 2014, Hittner ruled against the company and ordered the larger penalty two years later. The appeals court remanded the case to Hittner last July.

"Exxon has been fighting this case for 11 years now, refusing to take any responsibility for spewing millions of pounds of illegal pollution into Texas communities," Metzger said in a statement. "We call on Exxon to finally stop its scorched-earth litigation tactics, pay its penalty and drop these endless appeals."