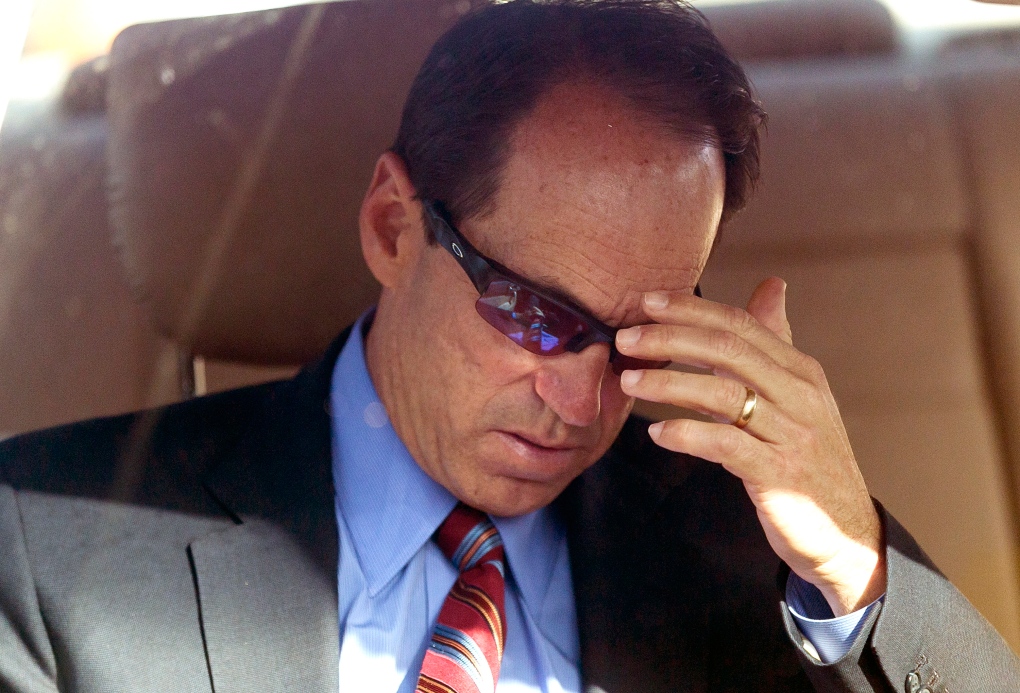 LOS ANGELES -- A former partner at the giant accounting firm KPMG LLC pleaded guilty Monday to a securities fraud charge that authorities said involved providing insider information to a friend who plied him with cash, a Rolex watch and other luxury items.

Scott London entered the plea in U.S. District Court in Los Angeles to the felony count that carries a maximum 20-year prison term. He's scheduled to be sentenced on Oct. 21. His attorney could argue for a lesser sentence.

Shaw then used the information to trade in advance of announcements for KPMG clients such as Herbalife Ltd. and Skechers USA Inc., authorities said. He is estimated to have reaped more than $1 million in profits.

Shaw has pleaded guilty to one count of conspiracy and could face up to five years in prison when he is sentenced. In his plea agreement, London acknowledged that he disclosed inside information to Shaw regarding at least 14 separate earnings announcements or acquisitions for KPMG clients.

London discovered that he was the target of an investigation when the FBI came to his home early this year with a picture of him accepting cash from Shaw, according to his lawyer, Harland Braun. London then spoke with investigators for three hours.

After the plea hearing, Braun said London's motivation was personal, trying to help his longtime friend Shaw when his jewelry business was foundering.

"The families went on vacations together," said Braun. "Shaw said his business was in deep trouble and Scott did something stupid to help him."

The lawyer said London received payments and gifts from Shaw totalling about $50,000 over two years and believed his friend had made no more than $200,000 on his trades. London was shocked when he found out that Shaw had made $1.2 million, Braun said.

A brokerage firm, suspecting irregularities in Shaw's trades, contacted the FBI and Securities Exchange Commission. Shaw then agreed to co-operate with authorities in wiretapping and photographing his friend. The men were photographed exchanging a paper bag of cash in an alley near Shaw's Encino jewelry store, authorities said.

After London was confronted by investigators, he acted quickly to make it clear he was the only person involved in leaking information from the company, Braun said, explaining a prolonged investigation could have damaged the company and its clients.

"He put his clients and his firm first and decided to do the right thing," Braun said.

London had a distinguished 30-year career at KPMG. He supervised more than 500 accounting professionals at the firm and personally handled audits for major KPMG clients. He will no longer be allowed to practice as a CPA.

The SEC is seeking unspecified penalties and restitution against London and Shaw.