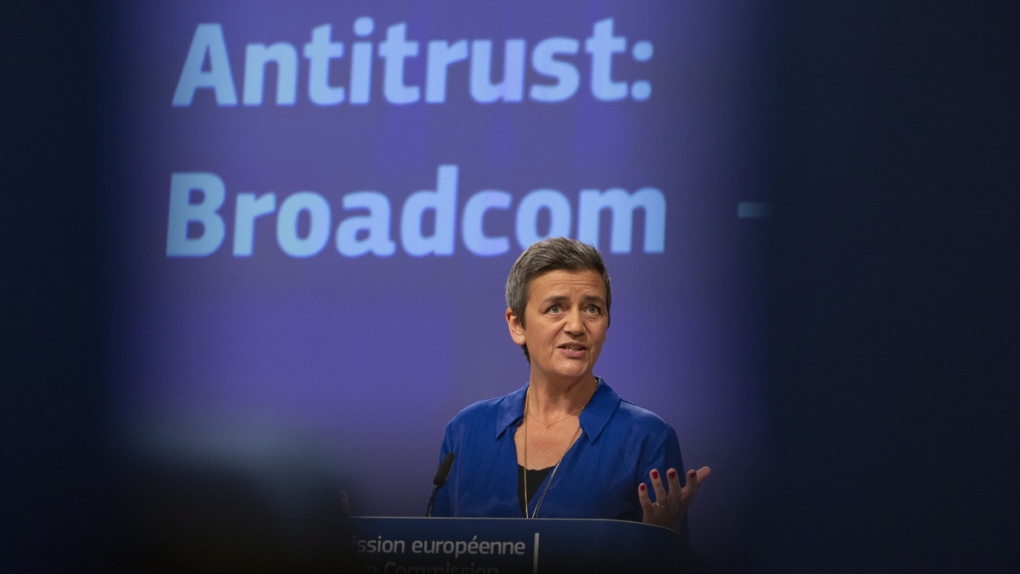 European Commissioner for Competition Margrethe Vestager speaks during a media conference regarding an anti-trust decision at EU headquarters in Brussels, on Oct. 16, 2019. (Virginia Mayo / AP)

BRUSSELS -- European regulators on Wednesday ordered chipmaker Broadcom to change the way it does business with key customers over competition concerns.

Her office opened an investigation in June into whether the world's leading supplier of chipsets for TV set-top boxes and modems included terms of exclusivity in contracts with six customers that violate competition rules.

The probe is not over but, in an effort to more effectively police markets, Vestager is demanding that the company change its ways based on preliminary findings. That is meant to get around the fact that investigations can last for years, meaning any fix comes too late.

The company, which is based in San Jose, California, said in a statement that it does not believe that its contracts limit its customers' choices.