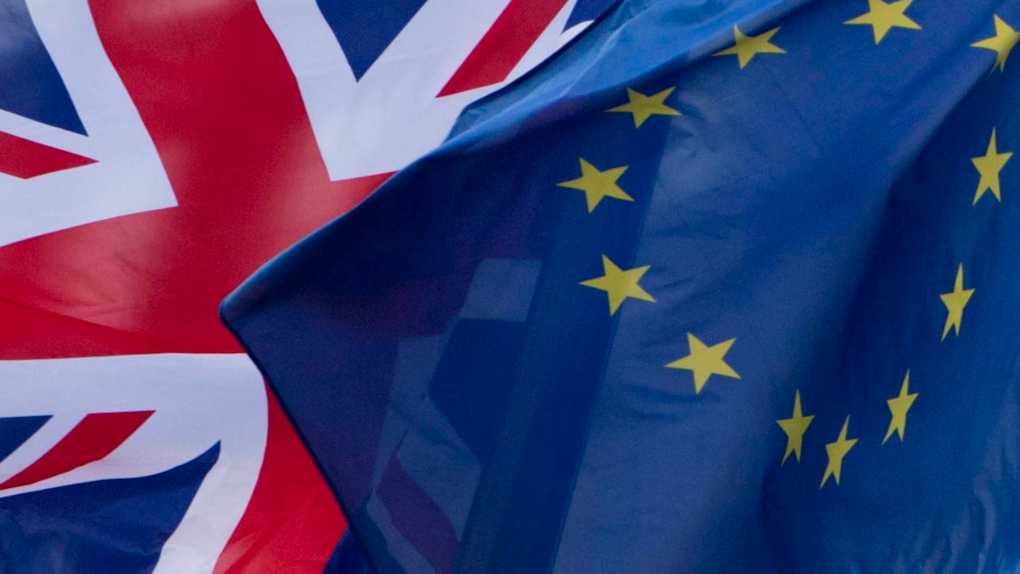 BRUSSELS -- The European Union issued Friday one of its most upbeat assessments of the state of post-Brexit trade negotiations, as the talks face an ever tighter deadline for a deal to enter into force for the start of the new year.

"This is good," von der Leyen told reporters, in comments that contrast sharply with previous statements over the talks that have dragged on with little progress for months.

Her comment came a day after a member of the EU negotiating team tested positive for the coronavirus, which led to the high-level talks being suspended. She said that because legal texts had made such progress, further discussions by video over the next days could progress too "since there is now substance where you can go through line by line."

Over the past few months, the talks have failed to much headway on some key issues, notably over fishing rights, business regulations and state aid.

"Progress, for example, has been made on the question of state aid," von der Leyen said over a key EU demand that the U.K. does not excessively subsidize products that could undercut local EU products.

Despite the upbeat assessment, von der Leyen sought to temper any excessive optimism that may be generated.

"There are quite some meters to the finish line," she said. "Indeed, time pressure is high without any question at the moment."

Though the U.K. left the EU on Jan. 31, it remains within the bloc's tariff-free single market and customs union until the end of this year. A trade deal would ensure there are no tariffs and quotas on trade in goods between the two sides, but there would still be technical costs, partly associated with customs checks and non-tariff barriers on services.

However, a trade deal needs to be sorted out soon given that the EU will need about 4 weeks to vet, translate any agreement into all languages and get the necessary approvals from member states and the European parliament.

Though both sides would suffer economically from a failure to secure a trade deal, most economists think the British economy would take a greater hit, at least in the near-term, as it is relatively more reliant on trade with the EU than vice versa.

To guard against any failure to get a deal, France and Belgium, two close neighbours of Britain, asked at an EU summit Thursday to speed up preparations for a no-deal scenario on Jan. 1 when the sudden change of the end of a transition period without a trade deal could cause immediate disruptions in commerce and chaos at borders.

The bloc has accused Britain of wanting to retain access to the EU's lucrative markets, much like any EU country, without agreeing to follow its rules. The EU fears Britain will slash social and environmental standards, and pump state money into U.K. industries, becoming a low-regulation economic rival on the bloc's doorstep.

Britain says the EU is making unreasonable demands and is failing to treat it as an independent, sovereign state.