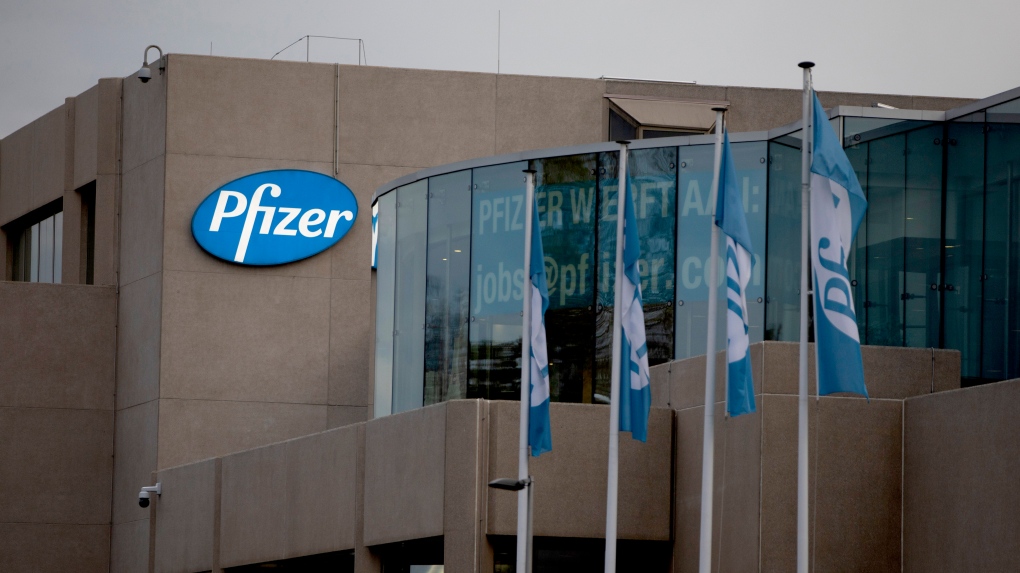 BRUSSELS -- The European Union cemented its support for Pfizer-BioNTech and its novel COVID-19 vaccine technology Saturday by agreeing to a massive contract extension for a potential 1.8 billion doses through 2023.

EU Commission President Ursula von der Leyen said her office has approved a contract for a guaranteed 900 million doses with the same amount of doses as a future option.

The new contract, which has the unanimous backing of the 27 EU member nations, will entail not only the production of the vaccines but also making sure that all the essential components are sourced from the EU.

The European Commission currently has a portfolio of 2.6 billion doses from half a dozen companies. Pfizer-BioNTech had an initial contract of 600 million doses with the EU.

Saturday's announcement also underscores the confidence the EU has shown in the technology behind the Pfizer-BioNTech vaccine, which is different from how the Oxford-AstraZeneca vaccine works.

"But of course, we will also explore other contracts, for example, based on other technologies like the protein-based technologies. The key point is to keep our options open," von der Leyen said at an EU summit in Portugal.

The active ingredient in the Pfizer-BioNTech shot is messenger RNA, or mRNA, which contains the instructions for human cells to construct a harmless piece of the coronavirus called the spike protein. The human immune system recognizes the spike protein as foreign, allowing it to mount a response against the virus upon infection.

The announcement of the huge contract extension comes as the EU is looking for ways to meet the challenges of providing the necessary booster shots to people who have already receive a vaccine dose, expanding vaccination drives to include children and teenagers, and the emergence of possible new virus variants.

The size of the contract - 1.8 billion doses for a bloc of 450 million residents - will provide for a lot of options, von der Leyen said.

"That includes the possibility for the member states to donate or resell doses" at a lower price to help nations in the immediate neighbourhood or beyond, she said..

America's Pfizer and Germany's BioNTech have already said that they would provide the EU with an extra 50 million doses in the 2nd quarter of this year, making up for faltering deliveries of AstraZeneca.

In contrast to the oft-criticized Anglo-Swedish AstraZeneca, von der Leyen has said that Pfizer-BioNTech is a reliable partner that delivers on its commitments.

Two weeks ago, the EU launched legal proceedings against AstraZeneca for failing to respect the terms of its contract with the 27-nation bloc.

The AstraZeneca vaccine had been central to Europe's immunization campaign, and a linchpin in the global strategy to get vaccines to poorer countries. But the slow pace of deliveries has frustrated the Europeans and they have held the company responsible for partly delaying their vaccine rollout.

So far, von der Leyen said, the EU has made some 200 million doses available to its 450 million residents while almost as many have been exported from the bloc.