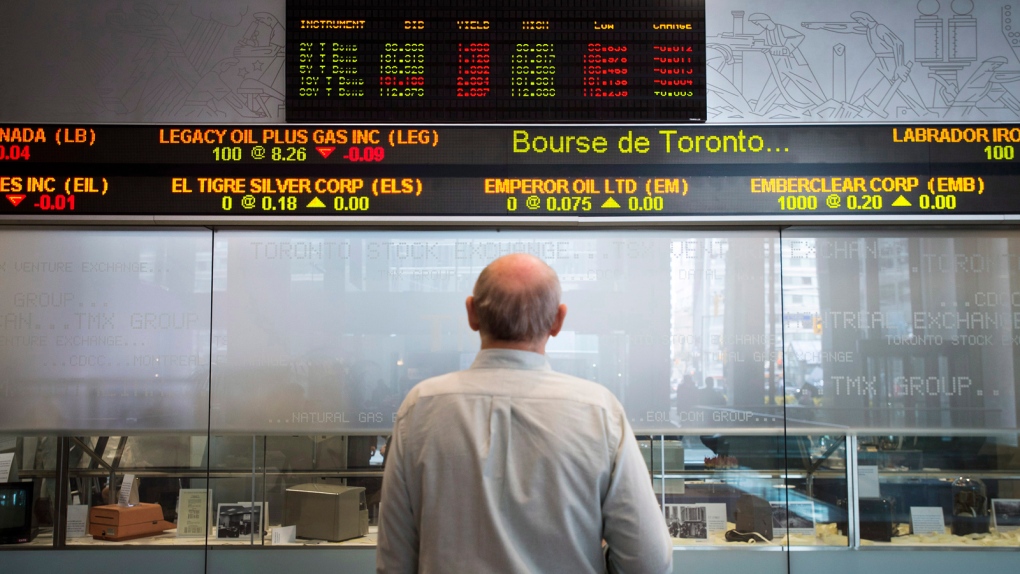 A man watches the financial numbers at the TMX Group in Toronto's financial district, May 9, 2014. (Darren Calabrese/The Canadian Press)

The health-care sector which includes the volatile marijuana stocks also played a significant role in the TSX's broad-based advance, jumping nearly six per cent. Among individual companies, cannabis producer Canopy Growth Corp. was up 11.66 per cent.

South of the border, U.S. stocks surged as House Speaker Paul Ryan criticized tariffs of 25 per cent on imported steel and 10 per cent on aluminum proposed by President Donald Trump last week, urging him not to go through with them.

Investors are hoping the White House won't follow through on the tariffs, which have sparked fears of escalating retaliation between countries that could stymie a global economy growing in sync.

Also weighing on investors in recent weeks has been how quickly interest rates will rise. Stocks began to fall in early February after U.S. jobs data showed wages growing more than anticipated, raising worries that creeping signs of higher inflation might push the U.S. Federal Reserve to increase interest rates more quickly. That has investors keyed in for Friday, when the latest U.S. jobs report will arrive from the government.

In currency markets, the Canadian dollar closed at an average trading value of 77.06 cents US, down 0.51 of a U.S. cent.