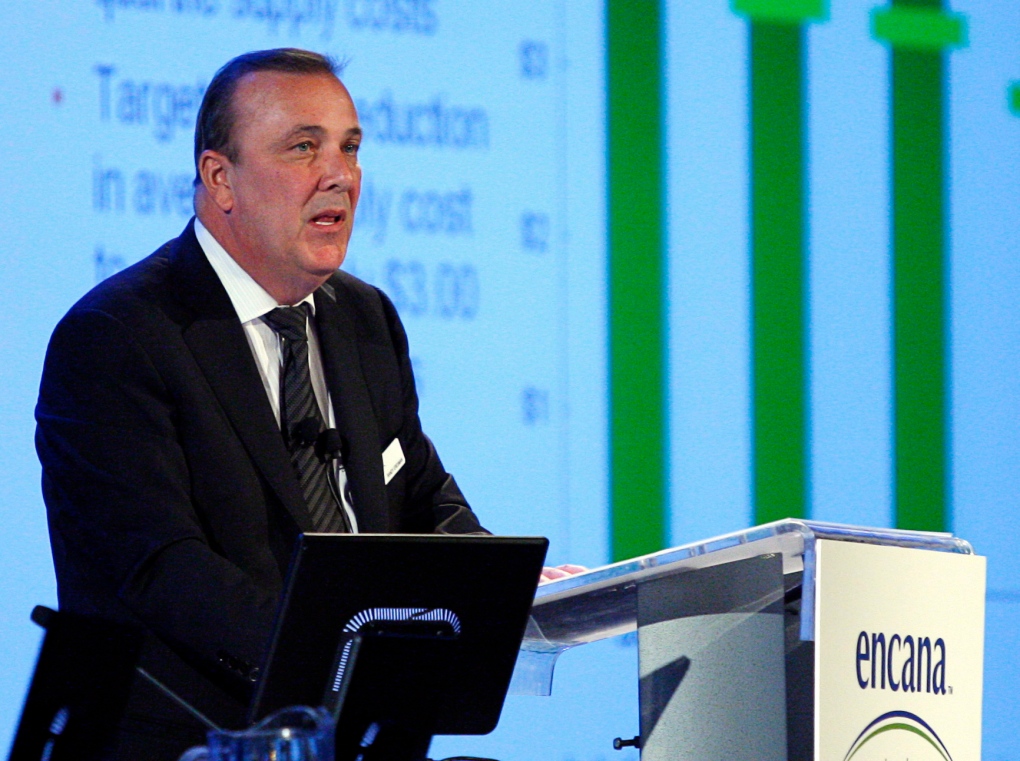 Natural gas giant Encana Corp. is demanding that an audio clip of an executive swearing be taken down from the Internet.

The recording comes from a Feb. 14 quarterly results conference call in which an unidentified man is heard uttering an expletive.

A Globe and Mail reporter posted the 19-second clip to the audio sharing site Chirbit. The clip has been played more than 16,000 times.

“Understandably, we wish to have website administrators remove embarrassing web content which has been improperly posted on the Internet without Encana’s consent,” a spokesperson said. “In this regard, we sent correspondence to Chirbit asking to remove the audio clip. We have previously apologized and now would like to put this unfortunate incident behind us.”

During the meeting, Canaccord Genuity analyst Phil Skolnick asks, “In terms of new investment guidelines which were updated do you think that prohibits a company like Encana being acquired?”

A tweet posted on Encana’s Twitter page on Feb. 14 read, “We apologize for the inappropriate language overheard in our conference call. It was unacceptable and we’re sorry.”

Now the company is asking Chirbit to remove the clip, according to The Globe and Mail.

“Encana is the copyright owner of the Recording. It was expressly stated at the outset of the Conference Call that 'this conference call may not be recorded or rebroadcast without the express consent of Encana Corporation,’” Encana told the web site in a letter.

“The Recording has been posted without Encana’s consent. The unauthorized use of this Recording clearly constitutes copyright infringement. ... Encana views this matter extremely seriously and requests that you respond to the undersigned on or before the close of business on Friday, February 22, 2013, failing which, Encana will have no other recourse but to take all actions as may be available to it to protect its proprietary rights.”

Chirbit has declined the request, invoking fair use laws and saying that under its policy, anyone who wants audio removed from its site should ask the poster to do so.