Enbridge to spend $400M to increase capacity of Alberta-U.S. pipeline 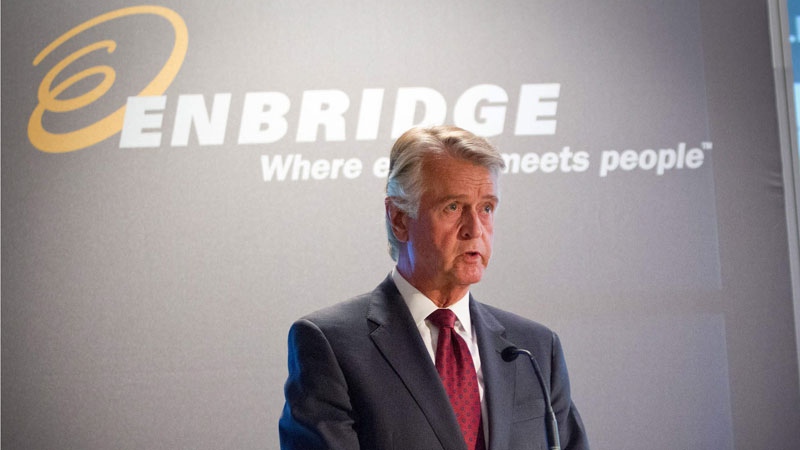 CALGARY -- Enbridge Inc. (TSX:ENB) plans to spend $400 million to expand the capacity of its pipeline system between Hardisty, Alta., and the U.S. border.

It expects to increase capacity by 230,000 barrels a day when the upgrade comes on line in 2015, subject to regulatory approvals.

The company says the expansion has been approved by mainline shippers under the terms of EPI's Competitive Tolling Settlement.

Enbridge is a major player in the North American energy market where it operates the world's longest crude oil and liquids pipeline system. The company also has a significant and growing natural gas gathering, transmission and midstream business and an increasing involvement in power transmission.

The expansion announced Friday is one of many new projects to boost the amount of crude that flows through Enbridge's vast North American crude oil system.

In November, Enbridge said it was planning a $1.8-billion pipeline between Edmonton, a key oilsands hub, and Hardisty. That new line will initially be able to carry 570,000 barrels per day but has the potential to be expanded to 800,000 barrels.

Construction could begin as early as the first quarter of 2014, with startup targeted for mid-2015.

In December, Enbridge and its U.S. affiliate announced they were spending $6.2 billion on a string of projects to bring growing volumes of Alberta and North Dakota light oil to market.

The light oil market access program will see an additional 400,000 barrels per day of light oil flow to refineries in Ontario, Quebec and the U.S. Midwest.