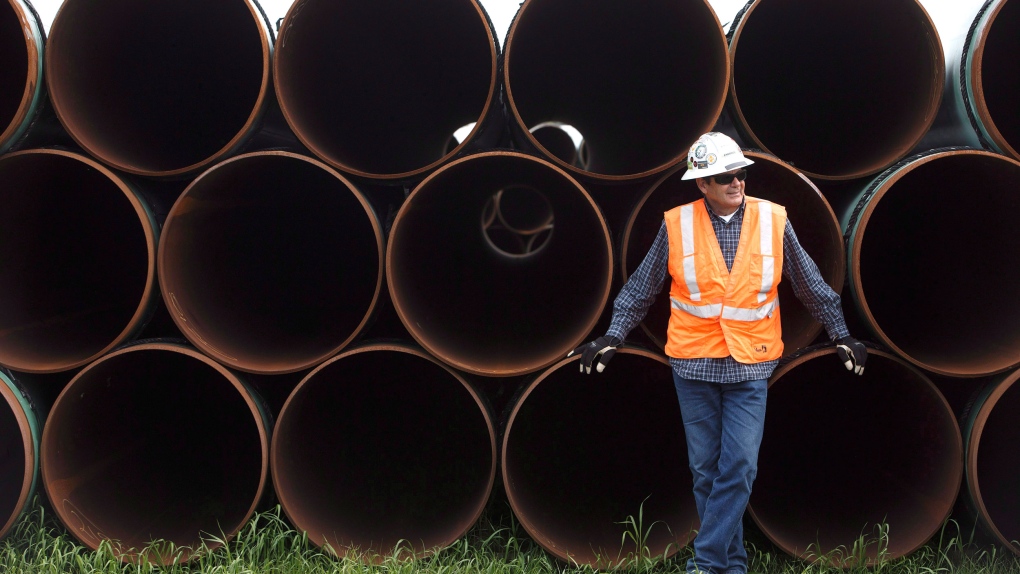 CALGARY -- The CEO of Enbridge Inc. says an updated environmental review released by a Minnesota state agency on Monday is a "good outcome" but declined to speculate on when its oft-delayed Line 3 pipeline replacement project will be completed.

The state Department of Commerce found no serious threat to Lake Superior if crude oil leaks from the pipeline that carries Canadian crude from Alberta across North Dakota and Minnesota on the way to Enbridge's terminal in Superior, Wis.

State regulators ordered the update after the Minnesota Court of Appeals in June declared that an earlier review, issued in February 2018, was inadequate because it failed to specifically address the potential impacts of a spill into the Lake Superior watershed.

CEO Al Monaco, speaking on a webcast from Enbridge's New York investor day on Tuesday, said the Minnesota Public Utilities Board will allow comment on three topics -- adequacy of the final environmental impact statement, the certificate of need and the routing permit -- at a one-day oral hearing on Dec. 19, with the comment period closing in mid-January.

"We think it's a good outcome that the PUC is going to have a comment period related to all three of those items," he said.

"It doesn't change our approach in that we're not providing any specific guidance on in-service date but obviously a good, positive outcome here, I think."

The project would double the capacity of the existing Line 3 pipeline, which was built in the 1960s and is increasingly subject to cracking and corrosion. Environmental and tribal groups have been fighting the project because of the potential for spills in the Mississippi River headwaters region and because the oil would contribute to climate change.

The Canadian portion of the pipeline entered service on Dec. 1. Analysts at Stifel FirstEnergy say they are estimating a Jan. 1, 2022 startup date for the U.S. side -- much later than Enbridge's last official estimate of the second half of 2020.

Growing demand for energy around the globe is a positive signal for Enbridge but growing opposition to midstream projects like pipelines has increased costs and risks, Monaco told investors.

"It's tougher to get things done so we've had to develop and have developed a unique execution capability and skill set that is built for this environment," he said.

"In terms of how we grow the business, the approach is that we're going to focus on projects that optimize and expand the existing footprint, diversifying our opportunity set, again, especially on exports."

It also announced that it will advance the development of a new oil storage terminal at Houston with ultimate capacity of up to 15 million barrels of storage and access to crude from throughout North America.

Enbridge announced Monday it would raise its quarterly dividend by nearly 10 per cent to 81 cents per share, effective March 1, up from its previous rate of 73.8 cents.

The shares will have a yield of about 6.3 per cent, based on Enbridge's closing share price on Monday.

In its outlook for 2020, Enbridge says it expects earnings before interest, taxes, depreciation and amortization of about $13.7 billion.

This report by The Canadian Press was first published Dec. 10, 2019