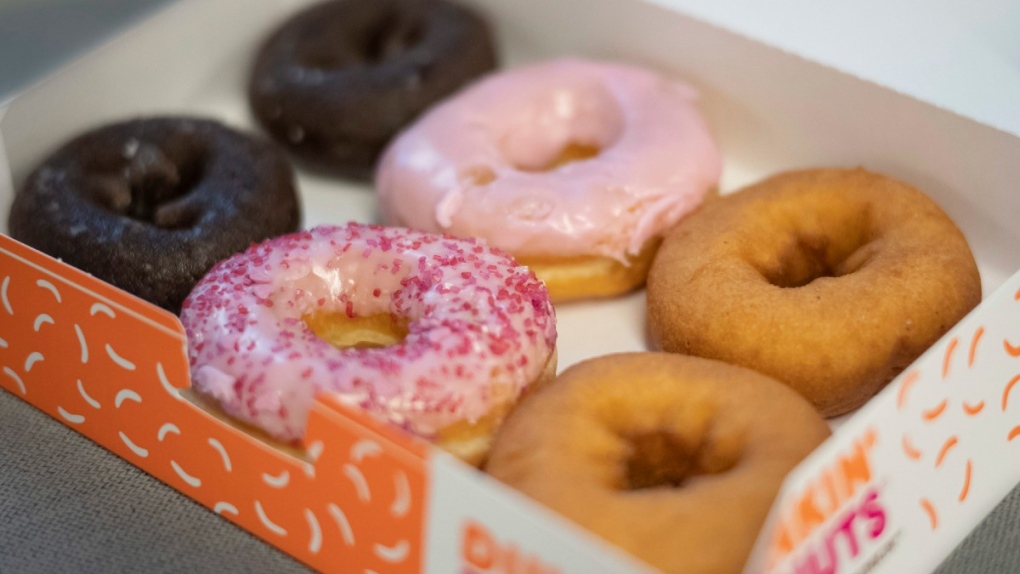 The Dunkin' doughnuts and coffee chain has confirmed it's held talks to be taken private by a private equity firm, sending its shares rocketing to an all-time high Monday.

Dunkin' Brands Group said it's in preliminary discussions with Inspire Brands, which also owns Arby's and Jimmy John's Sandwiches. In a prepared statement Sunday, Dunkin' said it is not yet certain a deal would be reached and would not comment further.

Dunkin', based in Canton, Massachusetts, also owns the Baskin-Robbins ice cream chain. There are 13,000 Dunkin' stores and 8,000 Baskin-Robbins outlets worldwide.

Both brands have significant history. Dunkin' was founded in 1950 in Quincy, Massachusetts. Baskin-Robbins -- known for its promise of 31 flavours -- was founded in 1945 in Glendale, California.

But the global pandemic has hurt sales. Dunkin' Brands revenue fell 20% in the second quarter, and the company said franchisees closed 200 restaurants permanently. Dunkin' Brands reported full-year sales of $1.4 billion in 2019, up 4% from the previous year.

Atlanta's Inspire Brands, which was founded in 2018, is quickly placed itself among the largest restaurant groups in the U.S. It also owns the Buffalo Wild Wings and Sonic burger chains, and has annual sales of more than $14 billion.

Dunkin' would give Inspire a spot in the breakfast category, which was the fastest-growing segment of the restaurant industry before the pandemic hit.

Inspire is part of the private equity company Roark Capital Group, also based in Atlanta. Roark also backs Focus Brands -- the owner of Auntie Anne's Pretzels and Cinnabon -- and CKE Restaurants, which owns the Carl's Jr. and Hardee's burger chains.