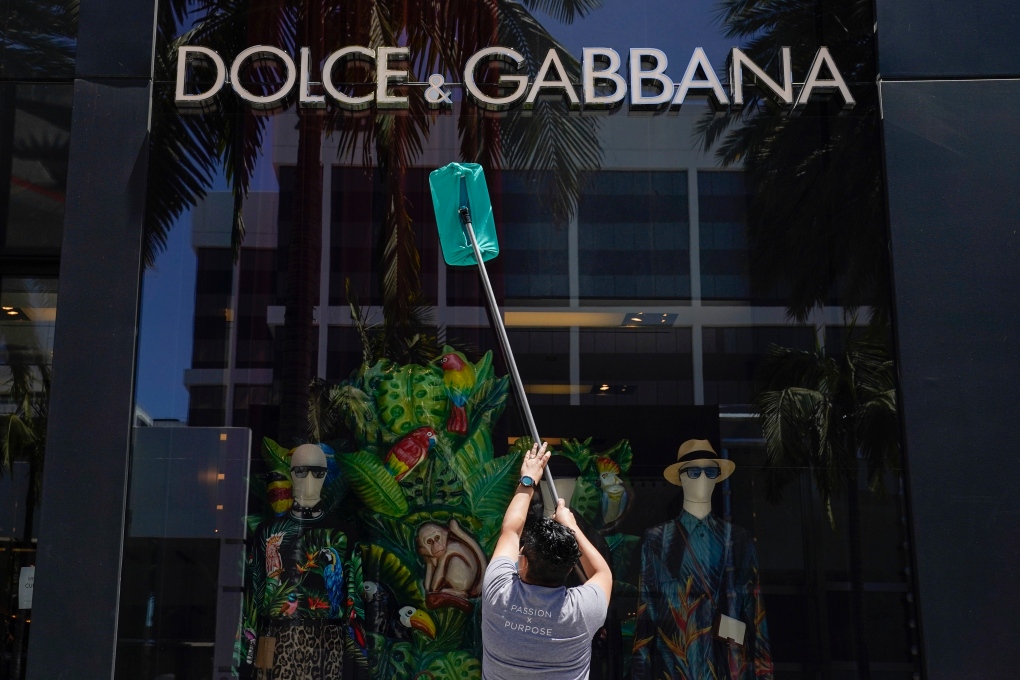 MILAN -- The Milan fashion house Dolce&Gabbana has filed a defamation suit in an Italian court seeking over US$600 million in damages from two U.S. fashion bloggers who reposted anti-Asian comments attributed to one of the designers that led to a boycott by Asian consumers.

The suit was filed in Milan civil court in 2019 but only became public this week when the bloggers posted about it on their Instagram account, Diet Prada. Their feed is widely followed in the fashion world for its cutting commentary on unoriginality in designs and on social issues.

"This whole case is a way of trying to silence Diet Prada, and to silence Tony (Liu) and Lindsay (Schuyler) personally," said Susan Scafidi, director of the Fashion Law Institute at Fordham Law School, which is co-ordinating the bloggers' defence.

Lawyers for Dolce&Gabbana reached by the AP declined to comment on the case.

The case dates back to November 2018, when Dolce&Gabbana faced a boycott in Asia after outrage over what were seen as culturally insensitive videos promoting a major runway show in Shanghai and subsequent posts of insulting comments in a private Instagram chat.

The show was cancelled in the backlash, which included retailers pulling Dolce&Gabbana merchandise and Asian VIPs disavowing the brand.

Designers Domenico Dolce and Stefano Gabbana initially said that Gabbana's account had been hacked. The two later appeared in a video apologizing to the Chinese people.

"A public apology and a quiet lawsuit really cancel each other out in my mind," Scafidi told The Associated Press on Saturday.

Italian defence attorneys filed a brief this week in Milan civil court, arguing that Italy is not the correct venue for the case, given that the blog is produced in the United States and the alleged damages occurred in Asia.

The fashion house is seeking damages totalling more than half a billion euros, Scafidi said.

Since going public, Diet Prada, which has over 2.5 million Instagram followers, has raised more than $38,000 for its defence.

In a statement, Liu and Schuyler both said they would not allow their platform, which has also been vocal about the .MeToo movement, Black Lives Matter and recent attacks on Asians in the United States, to be silenced by lawsuits.

"Diet Prada will continue to be a platform to elevate these crucial issues," Liu said.

Schuyler called on "public figures and brands to respond to public opinion and media critiques with progressive action, not lawsuits."