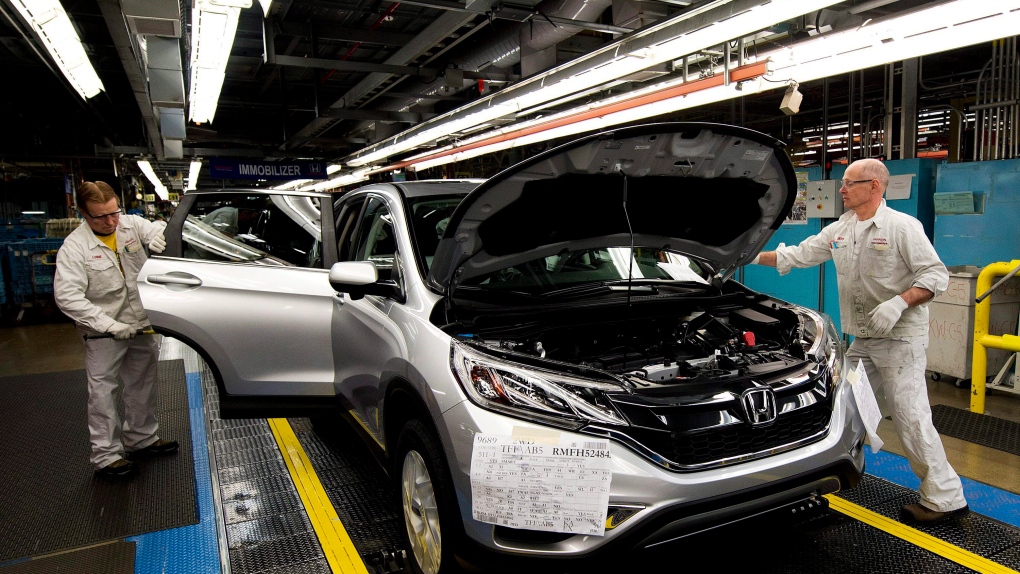 The low production numbers, down from 1.4 million in 2020 and close to two million in 2019, came as the auto sector globally was hit by a shortage of semiconductor chips caused by pandemic-related production issues and a surge in demand for electronics.

Canadian production was hit especially hard as automakers prioritized chips for their more profitable models like pickups and SUVs, pushing down Canada's share of production to under nine per cent.

Canada's share of North American production has been on the decline for years, from 17 per cent in 2009 to 14.1 per cent in 2014 to around 10 per cent before the pandemic.

DesRosiers said Toyota led production among the five big automakers in Canada with about 427,000 units, while at the other end of the spectrum GM produced about 36,500.

GM, however, did restart production in November at the Oshawa assembly plant it had closed in 2019, and just this week announced it had added a second shift to the plant that now produces the Chevy Silverado. The company also plans to retool its Ingersoll, Ont., operation this year to produce electric delivery vehicles.

"While it seems unlikely that Canada will, in the near term at least, fully recover lost production ground, there does exists a clear opportunity to revitalize and adapt this critically important sector."