Despite recession, Canada’s rich still far ahead of the 99 per cent: StatsCan

They may have taken a hit during the recession, but the gap between the richest Canadians and everyone else continues to widen, according to a new report from Statistics Canada.

The latest data shows that Canada’s top earners, representing one per cent of income tax filers, collectively made just over a tenth, or 10.6 per cent, of the country’s total income in 2010.

And long-term data shows that income inequality has increased in Canada over the past 30 years.

While the gap between the top one per cent and the rest narrowed in 2008 and 2009, at the height of the recession, it grew again in 2010, according to StatsCan.

The agency’s latest report also found that more Canadian women belong to the one per cent club. More than twenty per cent of the country’s richest people are now women, compared to 11 per cent in 1982.

The rich are also paying a bigger share of federal, provincial or territorial taxes now – 21.2 per cent, compared to 13.4 per cent in 1982.

According to Statistics Canada, the majority of top earners live in the country’s biggest cities, including Montreal, Calgary, Vancouver and Toronto. 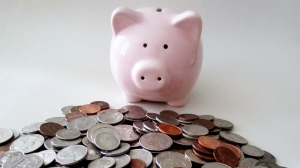