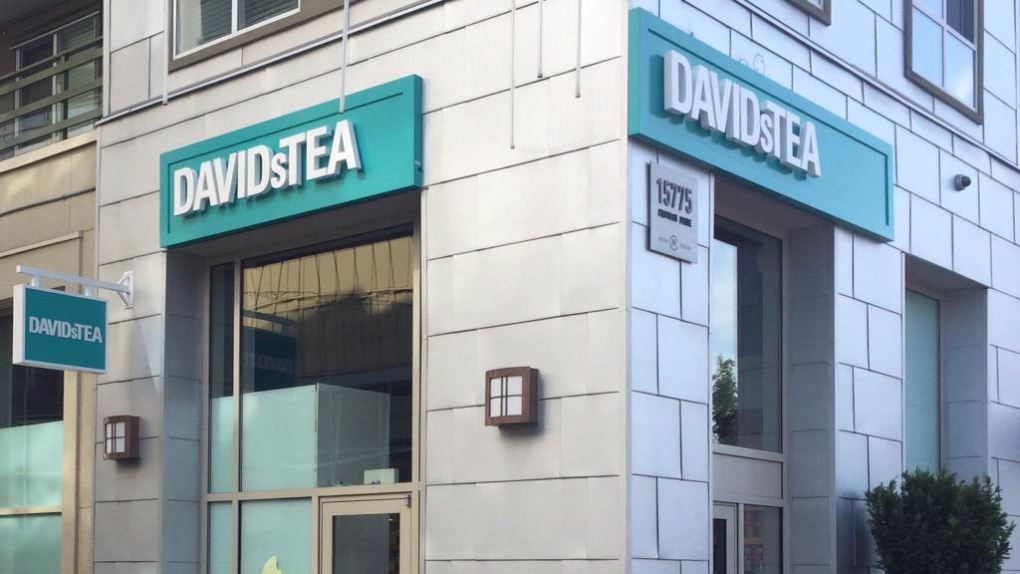 MONTREAL -- DavidsTea Inc. swung to a $2.6-million profit in its latest quarter despite a 41 per cent decrease in sales during the COVID-19 store closings.

The insolvent Montreal-based beverage company says it earned 10 cents per diluted share for the period ended Aug. 1, compared with a loss of 44 cents per share or $11.3 million a year earlier.

Excluding one-time items, including $3.2 million in restructuring costs and a Canadian government COVID-19 subsidy, DavidsTea says its adjusted loss was reduced to $1.72 million or six cents per share, from a loss of $6.3 million or 24 cents per share in the second quarter of 2019.

Sales plunged to $23 million from $39.2 million in the prior year's quarter but were up 35 per cent from the first quarter.

Sales came from a 190 per cent increase in e-commerce and wholesale revenues.

After the quarter-end, 18 stores reopened in Canada. The company also received court protection from its creditors while it restructures to a digital-led operation.