DavidsTea closing 82 stores in Canada and all 42 stores in the U.S. market 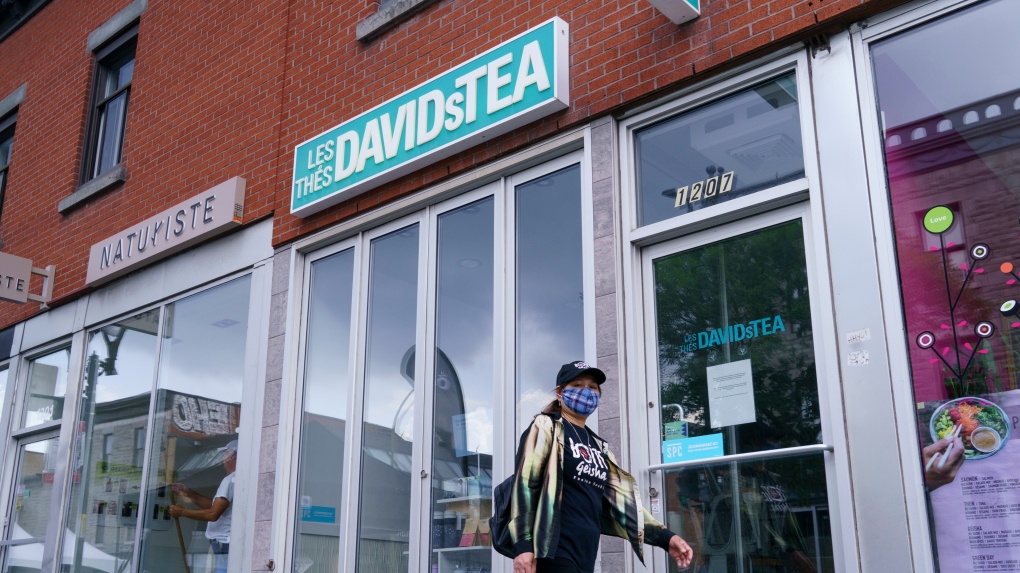 A woman wearing a protective mask walks past a closed DavidsTea store in Montreal on Wednesday, July 8, 2020. The Montreal-Based company is seeking court protection from creditors so it can continue operating while it restructures and plans to close a significant number of its stores. THE CANADIAN PRESS/Paul Chiasson

MONTREAL --  Insolvent beverage retailer DavidsTea is closing 82 stores in Canada and all 42 of its stores in the U.S. as it focuses on its e-commerce business and supplying grocery stores and pharmacies.

The Montreal-based company announced Thursday that it is sending notices to terminate the leases at the 124 stores to take effect in 30 days. The move would affect about half of its workforce of nearly 2,500, including all 366 employees in the United States.

It will also seek more favourable lease terms for the remaining 100 stores in Canada and may permanently shut additional locations if landlords are unwilling to negotiate suitable leases.

It had warned in mid-June that it could begin a formal restructuring depending on the outcome of its talks with landlords.

The company said at the time that it hadn't paid rent on any of its stores for April, May and June.

The store closures are part of its restructuring plan after it obtained court protection from creditors under the Companies' Creditors Arrangement Act and Chapter 15 in the United States Bankruptcy Court for the District of Delaware.

"With the upcoming closure of 124 unprofitable stores across North America, we are certainly making good progress in creating a stronger business model for the future and ensuring the long-term success and sustainability of DavidsTea and our beloved brand," company founder and interim CEO Herschel Segal said in a news release.

Chief financial officer Frank Zitella said that with the closure of "a significant number of money-losing stores" it will focus exclusively on e-commerce sale which had a penetration rate of close to 43 per cent in the market before COVID-19.

"All 100 remaining DavidsTea stores have been closed since March 17 due to the COVID-19 pandemic and will remain so until further notice," he stated.

DavidsTea last month reported that it lost $23.2 million last year on $146.5 million in revenues. That includes a US$4.3 million loss in its fiscal fourth quarter on US$54.8 million of revenues.

The move by DavidsTea comes three years after Starbucks announced the closure of all of its Teavana brand stores. The coffee giant acquired Teavana Holdings in 2012 for US$620 million.

This report by The Canadian Press was first published July 9, 2020.