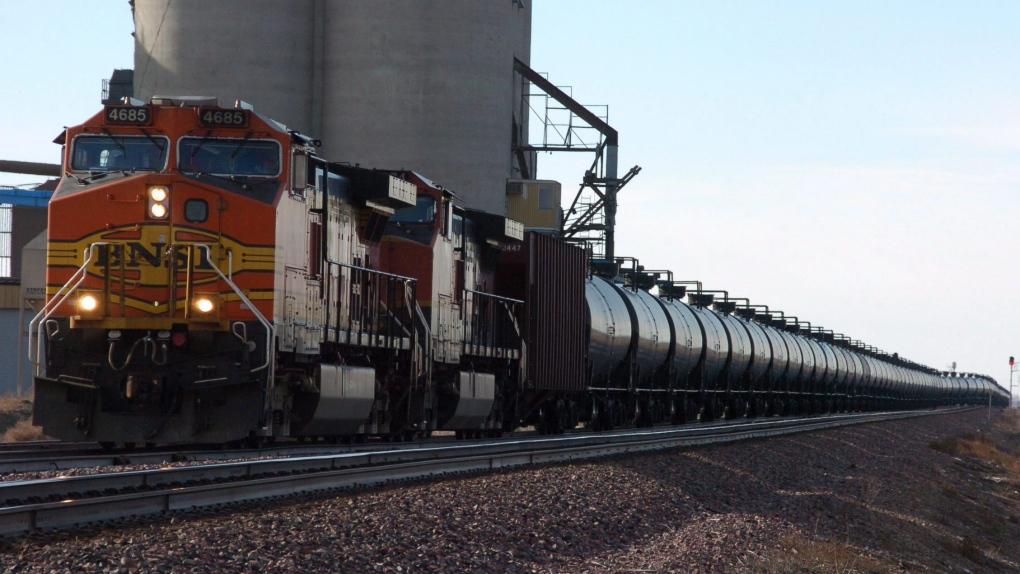 CALGARY -- The Alberta government is easing production limits on oil companies prepared to move more of their product on trains.

Companies had asked the government to ease the limits in exchange for shipping more crude by rail.

The province says the short-term measure will help deal with a lack of pipelines that has squeezed Alberta's energy sector.

In January, the former NDP government put a cap on the amount of oil the industry could produce to reduce a glut that was driving prices down.

The new special allowance is to come into effect in December.

The amount oil companies will be allowed to produce in December is set at 3.81 million barrels -- up from 3.56 million barrels a day when the program first started in January.

"The special allowance program will protect the value of our oil by ensuring that operators are only producing what they are able to move to market. Pipeline delays ultimately have constrained market access and dampened investment in our oil sector," Energy Minister Sonya Savage said in a release Thursday.

"This program will lead to more production and increased investment, benefiting industry, our province's bottom line, and, ultimately, Alberta taxpayers."

This report by The Canadian Press was first published Oct. 31, 2019