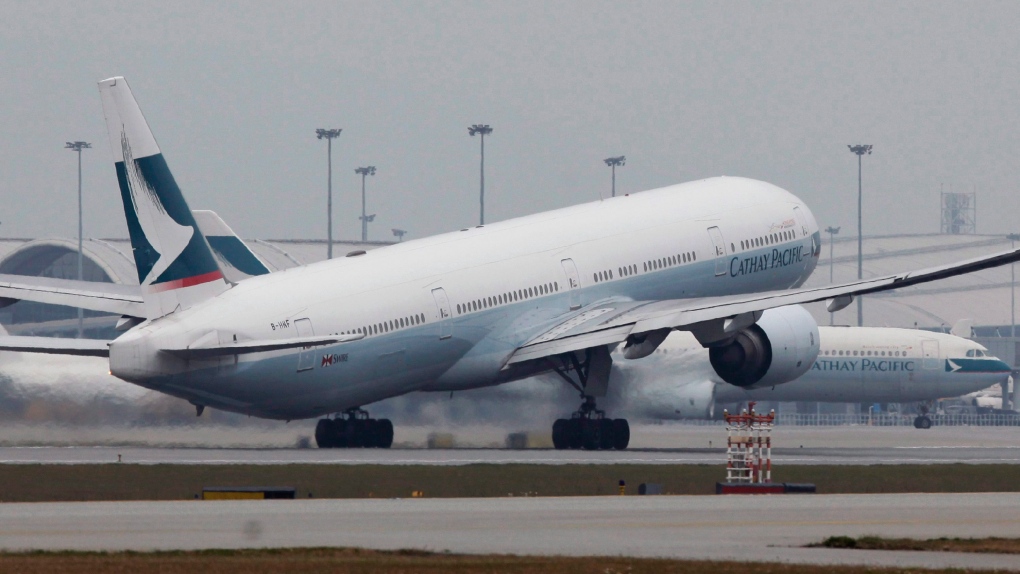 TORONTO -- The union representing Cathay Pacific employees says it is dismayed by the airline's decision to close its Toronto cabin crew base, which it says will force more than 120 flight attendants to lose their jobs.

The Canadian Union of Public Employees says the announcement comes as the Hong Kong-based airline opens its latest round of bargaining with Local 4088.

The union says Cathay Pacific last month announced its intent to contract out all customer service agents at the Vancouver airport as of July 3, affecting another 46 union members.

It says the airline could have worked with CUPE to address its financial concerns without having to close the Toronto base, or if no other option was found, to pursue a more collaborative way to announce the decision.

Cathay Pacific says the base closure is part of the airline's on-going business review.

"We are committed to the Canadian market and passengers flying between Hong Kong and Toronto will always enjoy the signature Cathay Pacific service," spokeswoman Julie Jarratt wrote in an email Tuesday.

She said there are no plans to close other bases and the airline is exploring options, including opportunities for workers in other bases, subject to local regulations.

She added that starting in the second half of 2019, passenger services in Vancouver will be provided by Strategic Aviation -- a Canadian-owned and operated company specializing in airline handling services across Canada.