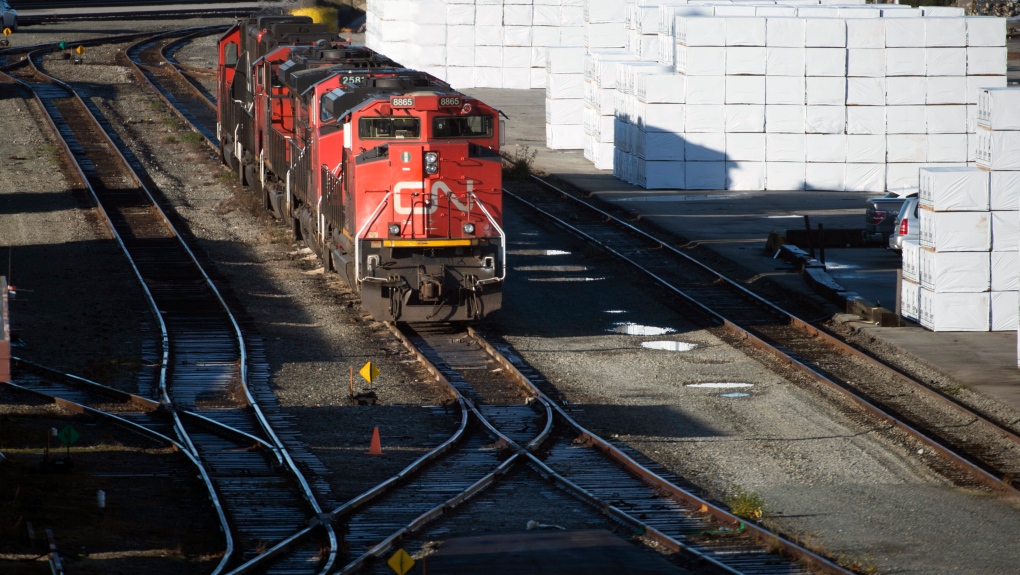 Canadian Pacific Railway Ltd. is urging Kansas City Southern shareholders to vote against the proposed merger with Canadian National Railway Co. because of the regulatory uncertainty of its rival's US$33.6-billion bid.

The Calgary-based railway made the request in a regulatory filing ahead of the U.S. railway's special meeting on Aug. 19.

It says shareholder approval at this stage would not be in the interests of KCS shareholders because of the uncertainty over whether the U.S. regulator will approve CN's request for a CN voting trust.

The trust would allow KCS shareholders to receive payment from CN while also ensuring that the railway is run independently until the Surface Transportation Board rules on the merger itself.

CP says CN's proposed acquisition can be decided later, when more information is available, potentially opening the door for it to again bid to buy the railway.

Canadian Pacific received a US$700 million break fee paid by CN after KCS determined that CN's bid was superior to the one KCS's board previously endorsed from CP.

"CP has always said it wanted to do a friendly deal with KCS and that remains true," stated CP chief executive Keith Creel.

"CP would have preferred not to appeal directly to KCS's stockholders, but given the impending vote on CN's proposal, we believe we have no choice."

"We want to ensure KCS stockholders are aware that a vote today, without the benefit of an STB decision on the CN voting trust proposal and without a chance to consider other proposals until the spring of next year, would not be in their best interests," Creel added.

This report by The Canadian Press was first published July 30, 2021.