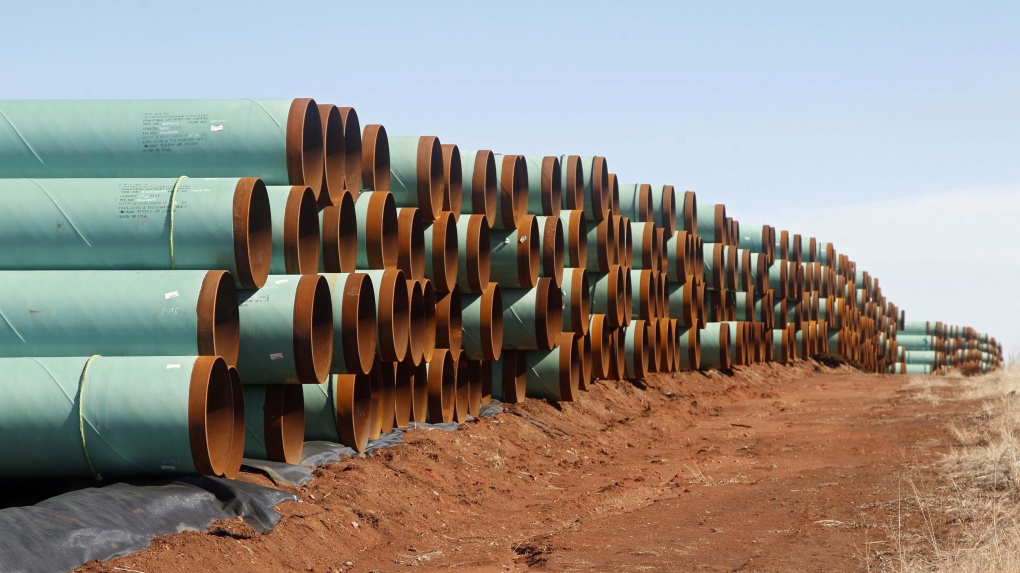 Miles of pipe for the stalled Canada-to-Texas Keystone XL pipeline are stacked in a field near Ripley, Okla. on Feb. 1, 2012. (Sue Ogrocki / THE CANADIAN PRESS)

BILLINGS, MONT. -- A U.S. appeals court on Thursday turned down a request by the Trump administration and energy industry groups to revive a permit program for new oil and gas pipelines that had been cancelled by a lower court.

The case originated with a challenge to the Keystone XL oil pipeline from Canada to the U.S. but has affected oil and gas pipeline proposals across the nation.

The U.S. Army Corps of Engineers permitting program allows construction of pipelines across wetlands and other water bodies with minimal review if they meet certain criteria.

Backed by numerous states and industry groups, attorneys for the government argued the cancellation would delay construction of pipelines needed to deliver fuel to power plants and other destinations.

U.S. District Judge Brian Morris in Montana said May 11 that officials had failed to adequately consult with wildlife agencies before reauthorizing the permitting program in 2017. Its continued use could cause serious harm to protected species and critical wildlife habitat, he said.

A two-judge panel of the 9th U.S. Circuit Court of Appeals denied an emergency request to block Morris' ruling.

They said in a one-page decision that the government, states and industry groups had not demonstrated sufficient harm to their interests to justify reviving the program while the case is still pending.