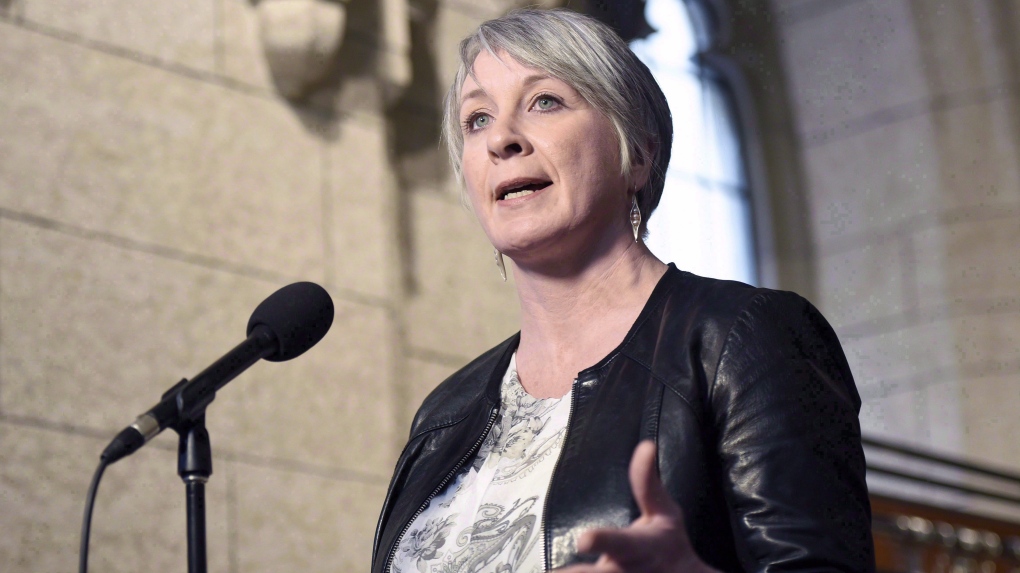 Minister of Employment, Workforce Development and Labour Patty Hajdu speaks to reporters during a weekend meeting of the national caucus on Parliament Hill in Ottawa on March 25, 2017. (THE CANADIAN PRESS/Justin Tang)

OTTAWA -- Updates to the social safety net and protections for workers have yet to keep pace with tectonic shifts in the labour market, the country's labour minister says, highlighting the challenge facing world leaders gathering in Canada and abroad this week.

G7 leaders will be faced with the task of tackling the issue starting Friday when the annual leaders summit starts in Charlevoix, Que., with the Liberal government having prioritized the changing world of work as one of the gathering's central topics for discussion.

This week's gathering in Switzerland of the International Labour Organization -- the UN agency that sets international labour standards and promotes decent work -- ended without consensus about how governments should respond to the rise of the so-called gig economy.

The global labour market is challenging traditional standards that are based on workers holding full-time jobs, as well as the social programs such jobs usually produce, Labour Minister Patty Hajdu said in an interview from the gathering.

"We're proud of some of the social protections that Canada has in place, but ... they are not rapidly evolving to address what one would consider to be these arrangements that make people more private contractors and less employees," she said Thursday in a conference call.

Federal officials have for years been studying how to respond to a rise of cross-border telework and more workers making money through platforms like Airbnb, Uber and others that may be beyond the government's regulatory reach.

A committee of deputy ministers also meets regularly to review economic trends and policies, and late last year was seized with how to respond to the growing automation of jobs and tasks that could make some workers obsolete.

A presentation from the December meeting, prepared by the National Research Council, noted that cab and truck divers, construction and farm workers, factory machine operators and clerical jobs were most at risk of becoming automated by 2035.

There is also little data about the size of an expanding online labour market where workers perform tasks from anywhere, for companies located around the world.

"It's very hard to regulate something when you don't know how big it is," said economist Armine Yalnizyan, who has studied the issue in depth.

"The little we do know is that it is perhaps more important than we think for the evolution of the Canadian labour market."

Oxford University's online labour index has estimated that Canada amounts for about five per cent of work postings on English-language platforms, with the biggest demands in the area of software development and multimedia productions.

Yalnizyan, president of the Canadian Association for Business Economics, said the shift away from full-time office work may be the future of the labour force. The question for governments, she said, is how to enforce minimal labour and wage standards when there aren't mutually agreed-upon global standards.

There were multiple calls for countries to boost social protections for workers and provide citizens with guaranteed basic incomes during the ILO meeting of policy-makers and labour groups, but Hajdu said she wasn't convinced that a basic income alone will effectively deal with a global labour market.

"Those are the conversations that are really interesting and certainly just starting. No one has moved yet in terms of really addressing this in a formative way."