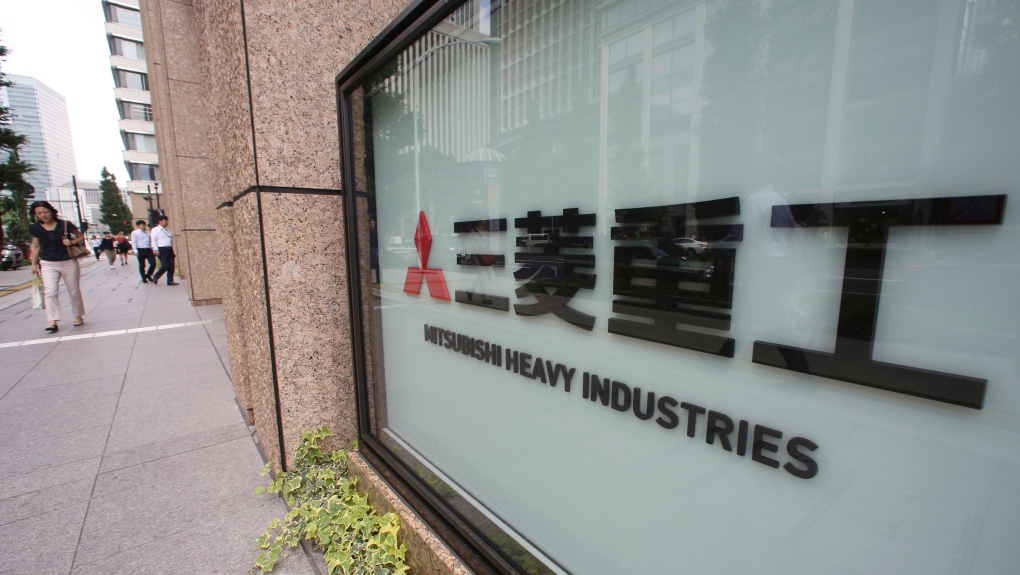 People walk past the company sign of the Mitsubishi Heavy Industries in Tokyo, Tuesday, July 23, 2019. Colonial-era Korean laborers have formally registered their request with a South Korean court to get its approval for the sale of local assets of their former Japanese employer. (AP Photo/Koji Sasahara)

SEOUL, Korea, Republic Of -- Colonial-era Korean forced labourers launched a legal step Tuesday to get court approval for the sale of local assets of their former Japanese employer Mitsubishi Heavy Industries, which has refused to compensate the former workers.

South Korea's Supreme Court last year ordered two Japanese companies, including Mitsubishi, to pay compensation to some aging Korean plaintiffs who were forced to work for them when the Korean Peninsula was under Tokyo's 1910-45 colonial rule. The Japanese firms have refused to abide by the rulings, siding with their government's position that all compensation issues were settled when Japan and South Korea established diplomatic ties in 1965.

On Tuesday, lawyers for ex-labourers for Mitsubishi formally requested a district court in South Korea to authorize the sales of some of the firm's assets in South Korea, which have already been seized, according to a civic group supporting the former labourers.

"There is a limit in our waiting," a group statement said. "Regrettably, three plaintiffs have passed away this year alone while Mitsubishi has been refusing to implement the court rulings."

If the court approves, Mitsubishi's assets will be put up for auction to raise funds to pay the compensation in a process expected to take several months.

"The movement of cashing assets of Japanese companies is very concerning," Suga said. "We strongly urge the Korean side to take measures to correct this illegal condition, and there is no change to our position."

South Korea and Japan are currently engaged in escalating trade and political disputes over Japan's decision to tighten the approval process for the export of some high-tech materials.

South Korea believes the trade restriction was retaliation to its court rulings on forced labourers. Japan has denied that, saying its steps were taken out of national security concerns.