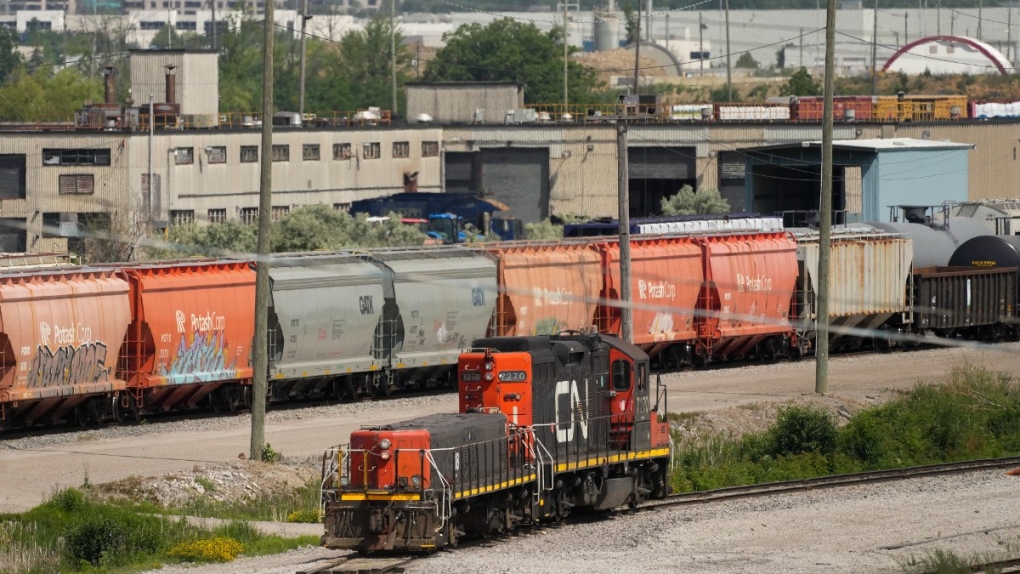 A two-week strike at Canadian National Railway Co. is ending after the union representing 750 signals and communications workers agreed to binding arbitration.

Steve Martin, a spokesman for the International Brotherhood of Electrical Workers, said the strike that was launched June 18 will end just after midnight.

Employees will return to their roles Wednesday morning, the company said in a news release.

But Martin said the time was right to take this step now.

"It was a collective decision by the negotiating committee that considering all the facts and the current state of where we're at in the strike that it was the most reasonable thing to do," he said in an interview.

In addition to wages, arbitration will decide on a lifetime cap on some health benefits.

The Montreal-based railway thanked management employees and contractors for their service that "allowed rail operations to continue uninterrupted during the strike."

The company's offer from late June included a 10 per cent wage hike over three years and better schedules ensuring two consecutive days off.

CN hauls more than 300 million tonnes of commodities and consumer goods across the continent each year.