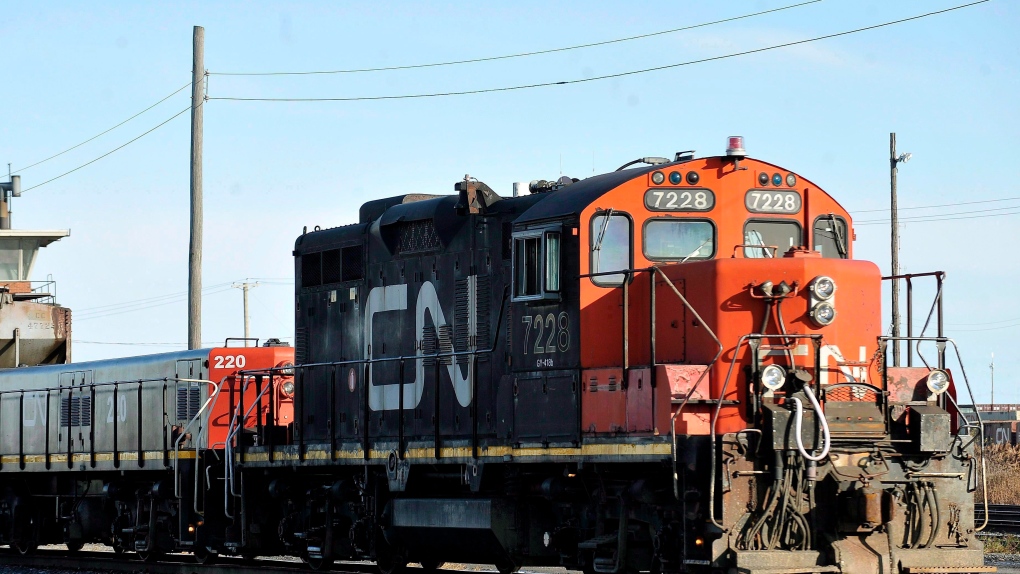 CALGARY -- A chronic shortage of truck drivers across Canada is compounding the effects of a strike at Canadian National Railway Co., says the CEO of the Forest Products Association of Canada.

"While FPAC respects the collective bargaining process, and the right of workers to go on strike, we are concerned about the devastating economic impacts this dispute will have on our industry, which is already facing significant headwinds, not to mention the impacts on forestry families and communities," said chief executive Derek Nighbor on Wednesday.

"Further compounding the severity of a disruption is the ongoing truck driver shortage, which means additional costs, higher rates and an inability to ship products to customers."

The forest industry supplies about 10 per cent of the tonnage transported on Canada's railway system, he said, adding his industry is already reeling from a downturn that has resulted in several mill shutdowns and hundreds of layoffs in British Columbia.

The strike by roughly 3,200 Teamsters Canada Rail Conference members began after the union and company failed to reach a deal by a Monday midnight deadline.

Potential new customers have been keeping phones ringing at Winnipeg-based Bison Transport, one of Canada's largest trucking and intermodal carriers, since the strike began, said Brad Chase, senior vice-president of logistics and multimodal.

The demand is a welcome change from what has been a "soft" year for freight movement, he said, but it exceeds what the company has been able to provide. Rationing means that regular customers take priority.

He said Bison has enough drivers to keep its 2,150 tractors on the road.

Transport firm Altex Energy Ltd. of Calgary has been loading about 50,000 barrels per day of oil recently at its four crude-by-rail terminals in Alberta and Saskatchewan, said CEO John Zahary in an interview.

"CN actually pushed some empties into our (Lashburn, Sask.) railyard just before the strike started so we've got a few days worth of work because we can take oil out of the tanks and put it in the empty railcars," he said on Wednesday.

"But without the full railcars leaving and being replaced by new empties, business will grind to a halt."

The strike could affect the company's terminal workforce of about 50 people if it drags on too long, he said.

Earlier this week, the Canada Energy Regulator reported crude-by-rail exports were 319,600 bpd in September, up slightly from 310,100 bpd in August.

On Wednesday, Pulse Canada and the Canadian Special Crops Association called on the federal government to "do everything in its power" to end the strike to limit damage to the industry and the Canadian economy.

"Similar disruptions in the off-peak periods in the past have forced facility shutdowns and layoffs across our industry," said Quinton Stewart, chairman of the special crops group.

"We simply cannot afford to have half our rail capacity out of commission during peak shipping season -- the government needs to act now to restore rail service and limit the impact on Canadian farmers, processors and exporters and their customers around the world."

The call was echoed by the Canadian Propane Association which warned that timely delivery of supply is important to ensure critical activities fuelled by propane can continue.

The forest products association doesn't have any specific recommendations, other than to encourage all parties to do their best to end the strike, said Joel Neuheimer, vice-president of transportation, in an interview.

That includes Parliament being reconvened before its Dec. 5 scheduled date, he said.

He said Canada's forest industry has a "bad reputation" internationally for not being able to get products to market in timely fashion and the strike won't help that situation.

No forest product mills have been forced to shut down yet because of the strike but if they do, the association estimates the cost to each mill would be $150,000 to $500,000 per day.

This report by The Canadian Press was first published on Nov. 20, 2019.