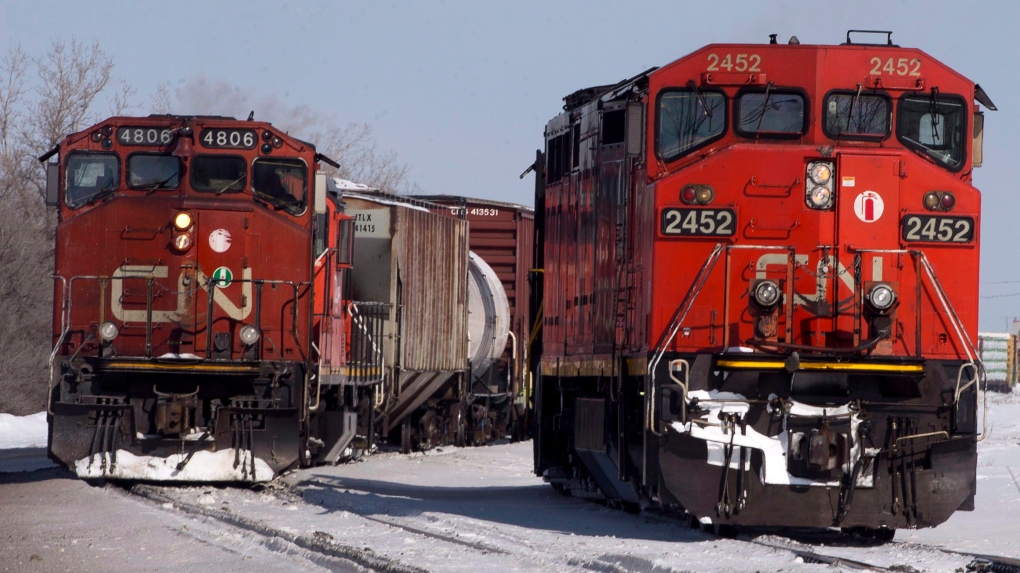 MONTREAL -- Canadian National Railway Co. cut its profit forecast Tuesday in the wake of an eight-day strike by 3,200 workers that brought the railway to a near halt.

CN now predicts 2019 adjusted diluted earnings per share will grow in the mid single-digit range, down from earlier guidance targeting the high single-digits.

The strike reduced its earnings per share by about 15 cents, CN estimated.

"While we expect to take some time and we remain dependent on favourable weather, we are pleased by how things are progressing," said chief executive JJ Ruest in a statement.

Despite the backlog of freight and containers, the company suggested it would go ahead with planned layoffs of roughly 1,600 employees as economic growth slows.

The Montreal-based railway said it "remains focused on continuing to realign its resources in light of the weaker demand, including its workforce, to address cost takeout efforts that started prior to the strike."

CN confirmed last month layoffs were coming and a source familiar with the matter cited about 1,600 impending job losses.

CP announced Monday it shipped 2.74 million tonnes of grain, three per cent more than its record-setting October load amid a hefty harvest that has put pressure on rail networks.

He stressed in a note to investors that "CN's resolve to realign all resources" -- including workers -- "remains intact."