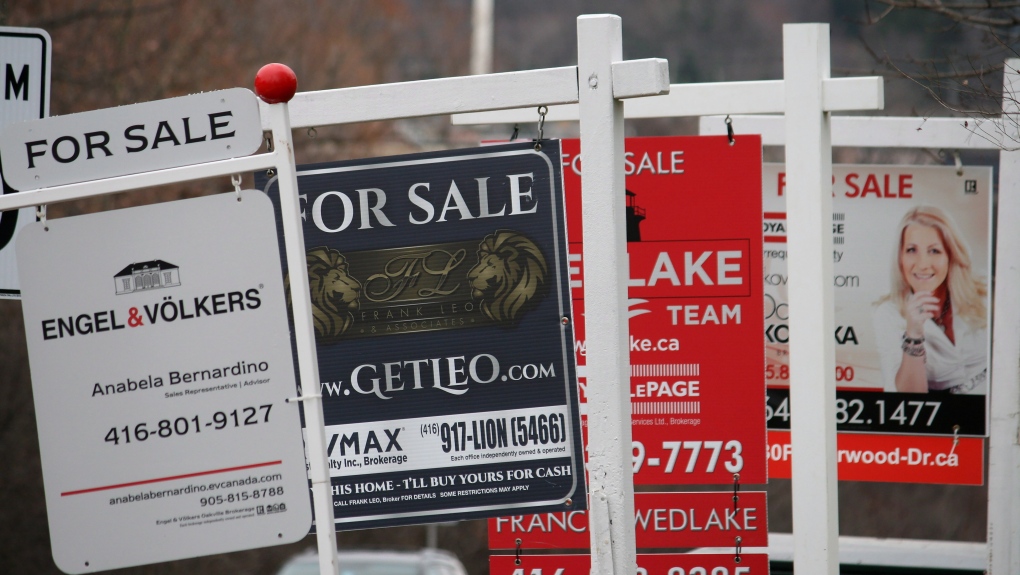 OTTAWA -- Canada Mortgage and Housing Corp. says it has downgraded the vulnerability of several cities in the Prairies while Canada's housing market remains moderately vulnerable.

The federal housing agency's quarterly assessment, based on data up to the end of last September and some indicators up to the end of December, leaves Victoria as the only market with an overall high degree of vulnerability.

CMHC chief economist Bob Dugan said on a conference call that fundamentals such as the economy and population growth support the market, but that valuations were rising.

"Increases in actual, inflation-adjusted house prices in the market was larger than the increase that can be explained by these housing market fundamentals, so there's a slight increase in the average estimate of overvaluation during the quarter."

The report released Thursday said Toronto and Hamilton are seeing overheating and price acceleration, but that overvaluation seems to remain low as the trend looks to still be in line with economic trends around incomes, population growth and interest rates.

The Greater Toronto Area, however, has started to see a sharp increase in price gains in recent months as buyers return to the market even as new listings dwindle. January saw the benchmark price rise 8.7 per cent compared with a year earlier for the biggest jump since 2017, while the average price rose 12.3 per cent, said the Toronto Regional Real Estate Board.

The federal government this week also modified the methodology behind the mortgage stress test to make it better reflect fluctuations in actual mortgage rates. The change, to come into effect April 6, is expected to make mortgages a little more accessible, but could also boost home prices.

RBC senior economist Robert Hogue warned last week that the government should "think long and hard" before doing anything that would lead to a boost in housing demand.

"Doing so would end up pouring more fuel on the housing fire and undermining efforts to address Canada's household debt issue," he said in a note Friday.

Many markets in Canada, however, remain subdued. CMHC said vulnerability ratings on Edmonton, Calgary, Saskatoon and Winnipeg were downgraded to low as indications of overbuilding eased, while Regina remains at moderate on overbuilding concerns.

This report by The Canadian Press was first published Feb. 20, 2020