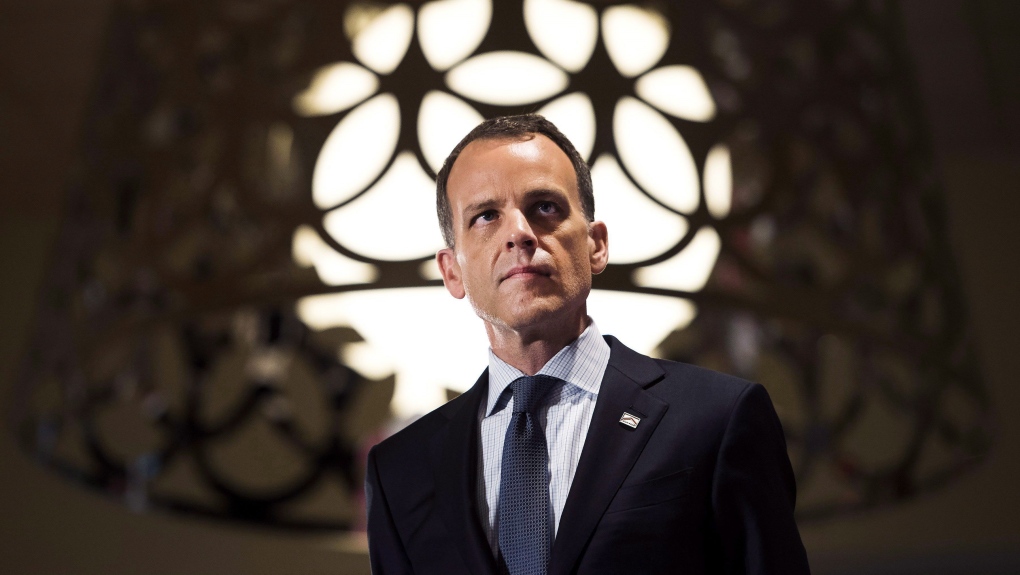 CMHC president Evan Siddall speaks to the Canadian Club of Toronto in Toronto on June 1, 2017. THE CANADIAN PRESS/Nathan Denette

OTTAWA -- The chief executive of the Canada Mortgage and Housing Corp. says his agency wants to raise hundreds of millions more dollars to help Canadians afford places to live, adding to the billions already available in government funding.

Evan Siddall said the aim is to raise $100 million more for housing, quickly and likely from private sources, because the money pledged by federal and provincial governments over the next decade or so isn't enough to make housing affordable for everyone in the country.

CMHC's corporate plan, released last month, set the ambitious goal of providing all Canadians with homes they can afford and meet their needs by 2030.

An estimated 1.6 million Canadian households are considered in "core housing need," meaning they live in places that are too expensive or aren't really suitable for them.

Siddall admitted the goal is a moon-shot, but it's designed to force his agency and others to achieve more than is already eyed in the long-term national housing strategy, whose price tag is over $40 billion.

"As massive as those investments are by the government of Canada, and the investments similarly that provinces are making, they're not going to be enough," Siddall said in a telephone interview from Victoria, where he had just addressed an affordable-housing conference.

Siddall's agency has been at the centre of housing moves the federal Liberals have made since taking office in late 2015, putting CMHC in charge of major aspects of the national housing strategy unveiled in late 2017.

Many parts of the strategy have rolled out, but the federal cabinet will soon be asked to approve one component: a rental supplement that low-income people can use with private landlords if they decide to move out of social-housing units.

At issue for ministers is how portable the benefit will be, and under what circumstances a person would no longer be eligible for it.

Another Liberal pledge is to come into effect at the same time as the supplement: a program to have federal coffers pick up some of the cost of a mortgage for qualifying buyers.

The government's latest budget says it will pick up five per cent of a mortgage on existing homes for households that earn under $120,000 a year, on a mortgage of no more than $480,000. For new homes, to spur construction, the government would be willing to cover 10 per cent.

In an interview after the budget was released last month, Social Development Minister Jean-Yves Duclos said the program parameters should prod developers to build homes first-time buyers "are willing and interested and able to buy."

There are already housing providers in the country offering these "shared-equity mortgages," making them minority owners of numerous units. When a house or condominium is sold for a profit, they share in the gains; the opposite is true when a unit is sold for a loss.

By the middle of this year, non-profit developer Options for Homes will have $20 million in such mortgages in the Toronto area; it offers to put up five to 15 per cent of the costs of condos in its developments. Chief executive Heather Tremain said any gains the company makes on its shares when the majority owners sell are used to offer more shared-equity mortgages, which the developer has done for more than two decades.

Tremain said the value and caps on the Liberals' housing incentive may change the kind of homes available for sale without juicing housing prices.

"Developers are attuned to the market," she said in a recent interview. "This is going to potentially increase the number of customers that they have. Not in wild leaps and bounds, but it does open up a new demographic, potentially, that I think everyone in the market was seeing had shifted in the last little while."