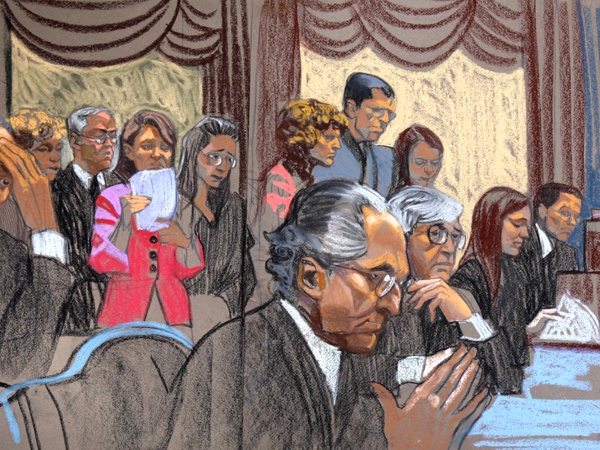 In this courtroom sketch, Bernard Madoff, center, is seated in front of some of his victims that spoke during his sentencing in Manhattan federal court in New York, Monday, June 29, 2009. (AP / Christine Cornell)

GREENWICH, Conn. -- Officials say the number of victims seeking relief for fraud committed by Madoff Securities is much larger -- and with much larger losses -- than previously thought.

These haven't been reviewed to eliminate ineligible claims, but the flood of requests gives a new indication of the size and global reach of the Madoff fraud. The fund plans to distribute just over $4 billion assets forfeited in the Madoff case.

Bernie Madoff is serving a 150-year prison sentence for bilking thousands of people of nearly $20 billion.