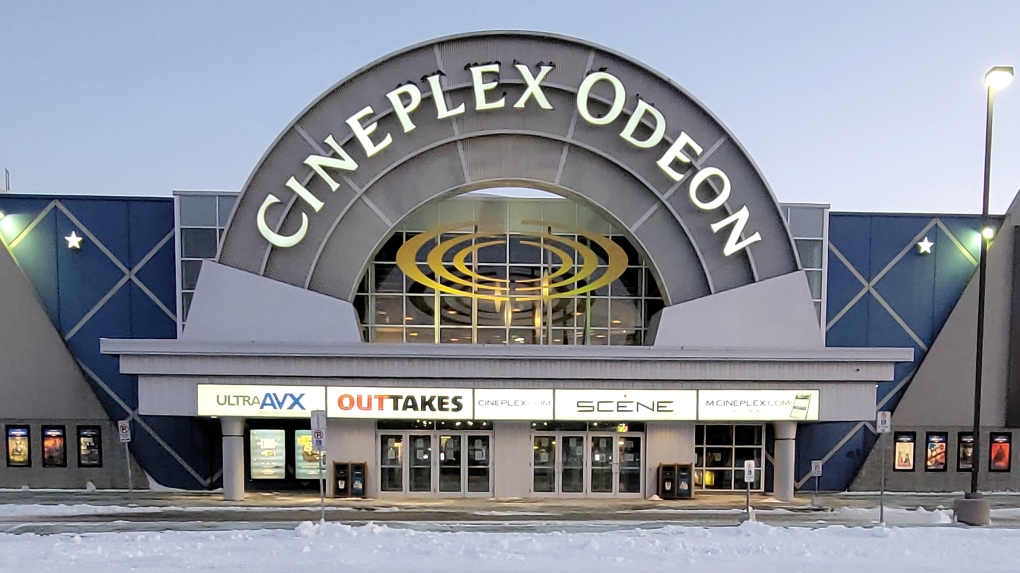 A Cineplex Odeon Cinema is shown in Oshawa on Friday January 21, 2022. THE CANADIAN PRESS/Doug Ives
Toronto -

Moviegoers could be paying a little extra for a seat at a Cineplex theatre this summer.

Canada's largest film exhibitor says it has introduced a new $1.50 booking fee that applies to each ticket purchased through its mobile app and website.

However, not everyone will have to pay the new service charge.

Cineplex Inc. says purchases made in-person at the box office, ticket kiosks, or concession stands will not be subject to the fee, while members of the Scene Plus rewards program will pay a reduced $1 per ticket.

Members of CineClub, the company's monthly subscription program, will have the fee waived.

Service charges are a long-standing practice in the entertainment industry where concerts, live theatre and sporting events all add some form of a "convenience fee" to collect more revenue.

When Cineplex first introduced online ticket sales years ago, it charged a similar processing fee for each ticket. Eventually it eliminated the charge around the same time it began encouraging moviegoers to buy tickets in advance instead of waiting in line at the box office.

More recently, Cineplex has dabbled in other upcharge experiments that included charging an extra $2 for "prime seats" at a few of its busier theatres. It also tacked on an extra $1 to reserve seats at showings of "Star Wars: The Last Jedi" in 2017.

In the United States, most of the largest theatre chains already charge a fee for online ticket purchases.

Earlier this year U.S. chain AMC Theatres went a step further when it began testing "variable pricing" for tickets to the anticipated DC Comics movie "The Batman." The new cost added around US$1.50 to each ticket in some cities.

This report by The Canadian Press was first published June 21, 2022.