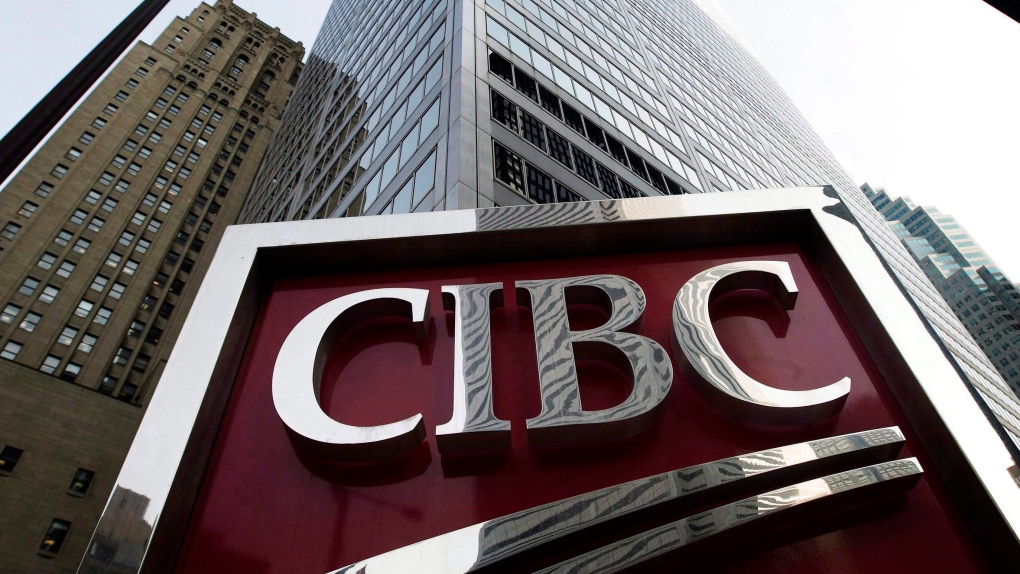 A photograph of the CIBC sign in Toronto's financial district in downtown Toronto on Thursday, Feb. 26, 2009. (THE CANADIAN PRESS/Nathan Denette)

TORONTO -- Canadian Imperial Bank of Commerce is in the midst of an overhaul involving job losses and a slew of new faces in top roles with a goal of simplifying the bank.

CIBC chief executive Victor Dodig opened up about the changes Wednesday as the bank reported its latest results and named a handful of new senior executives including Shawn Beber as the bank's new chief risk officer.

The financial results included a $339-million restructuring charge related to employee severance in its first quarter, which ended Dec. 31.

"We're not taking these decisions lightly, but the restructuring will help us repurpose our cost structure as we simplify, reinvest in and position our bank to further strengthen our relationships with our clients," Dodig told a conference call with financial analysts.

He revealed in a memo to staff in late January that the bank would be cutting an undisclosed number of positions as it works to cut costs and improve efficiencies. Its full-time employee count for the first quarter sat at 45,083, down from 45,157 the quarter before, but up from 43,815 a year ago.

CIBC has not said whether all of its expected staffing cuts have been made or what departments they have come from, but Hratch Panossian, CIBC's chief financial officer, said the move is "fairly broad" and "affects all segments."

Dodig attributed the improvement so far to the bank repurposing resources and simplifying processes, but he wants it to improve further so the bank can position itself as a stronger competitor.

"While we've made steady progress in starting this journey. We have more work to do," he said Thursday.

"This also includes reviewing our organizational structure, maximizing our capabilities and streamlining decision-making, all to further enable execution of our growth strategy. At the same time, we're committed to reskilling and upskilling our talent to ensure our employees have the opportunity to develop and grow as digitization becomes a greater enabler of our banking business."

The big bank said also raised its quarterly dividend to $1.46 per common share, up from $1.44 per share.

Provision for credit losses totalled $261 million, down from $338 million in its first quarter a year ago.

Analysts on average had expected an adjusted profit of $2.99 per diluted share, according to financial markets data firm Refinitiv.