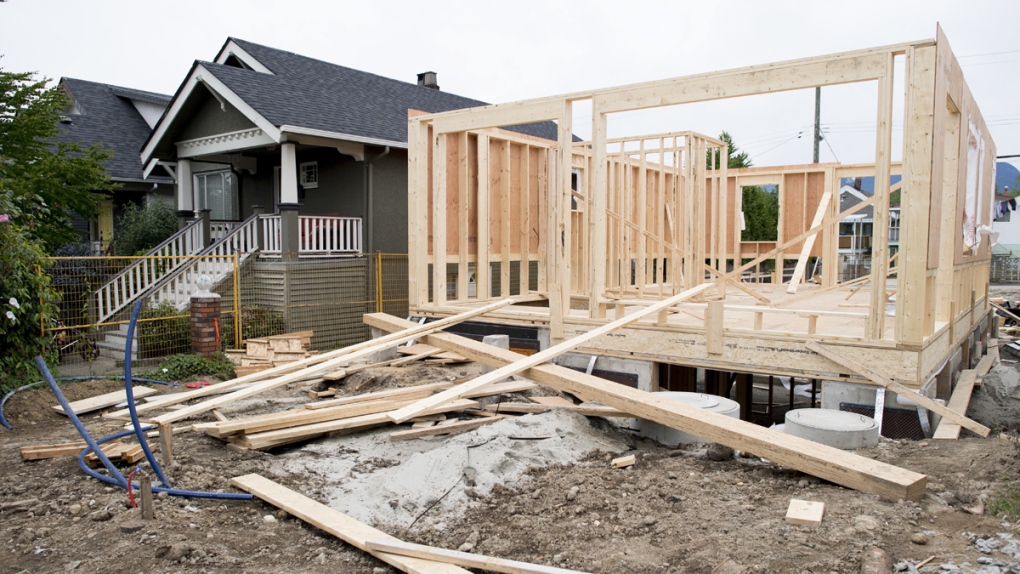 OTTAWA -- Canada Mortgage and Housing Corp. says the annual pace of housing starts fell in October as the pace of new construction of apartment, townhouse, condo and other types of multiple-unit housing projects slowed.

Economists had expected an annual pace of 221,200 for October, according to financial markets data firm Refinitiv.

The decline came as the pace of urban starts fell 9.0 per cent. Urban starts of multiple-unit housing projects fell 12.5 per cent to 139,518 units in October, while starts of single-detached urban homes rose 2.4 per cent to 49,786 units.

Rural starts were estimated at a seasonally adjusted annual rate of 12,669 units.

The six-month moving average of the monthly seasonally adjusted annual rate of housing starts was 218,598 in October, down from 223,276 in September.

This report by The Canadian Press was first published Nov. 8, 2019