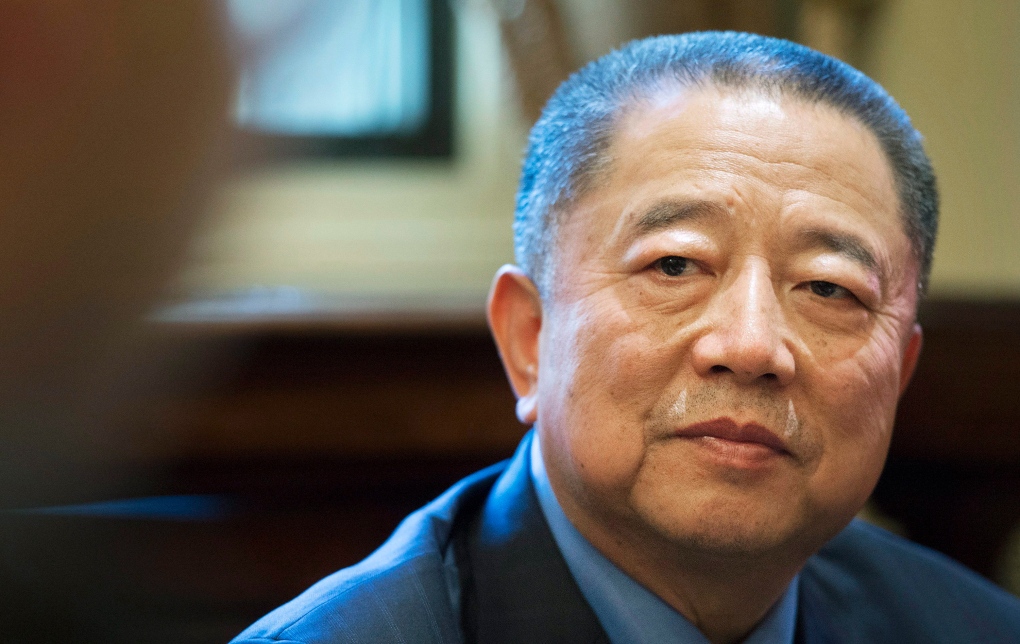 MONTREAL -- One of China's top real estate moguls says his customers are troubled by British Columbia's tax on foreigners purchasing homes in Vancouver and he intends to raise the matter with Prime Minister Justin Trudeau.

Frank Wu, vice-president of the China Real Estate Industry Association, said Chinese investors have told him that the 15 per cent tax is discouraging them from buying property in the city.

"It will impact their willingness to invest in Vancouver," Wu said Monday in an interview with The Canadian Press.

Wu, who is also chairman of Central China Real Estate Ltd., is part of a Chinese delegation of billionaires touring Canada this week who want to strengthen economic ties between the two countries. He said he plans to discuss the tax with Trudeau when the group stops in Ottawa on Tuesday.

The B.C. government implemented the tax in August in an effort to curb house prices that made Vancouver one of the hottest real estate markets in the world. That came two months after the Bank of Canada warned that foreign demand contributed to price growth in Vancouver as well as Toronto.

Wu said while he understands the provincial government's motivation, he hopes the tax will be changed. A spokeswoman later said Wu isn't calling for the tax to be eliminated, but said it should be more targeted. She did not elaborate.

Wu said the tax will prompt many Chinese investors to look to other parts of Canada, including Toronto and Montreal, along with English-speaking countries such as the United States, Australia and Britain.

B.C.'s Ministry of Finance said more than $2.3 billion in foreign investment flowed into provincial properties between June 10 and Aug. 1, the period before the tax's introduction.

"While investment from outside Canada is only one factor driving price increases, it represents an additional source of pressure on a market struggling to supply enough new homes," it said in an emailed statement.

"The additional property transfer tax in no way changes our belief that strong ties with jurisdictions around the world benefit British Columbia."

Even after the tax took effect, prices in Vancouver have continued to rise. Royal LePage said last week that the average house price in Greater Vancouver soared to $1.19 million in the three-month period that ended Sept. 30, up from $914,705 during the same quarter last year.

But the city's real estate board has reported falling house sales over that same time frame. In September, the number of homes sold plunged 32.6 per cent compared to the same month last year. That came after monthly declines of 26 per cent in August and 19 per cent in July.

Despite the concerns of his customers, Wu said the tax won't deter him from plans to invest more than $100 million over the next two to three years to build mainly residential properties in Canada for Chinese buyers.

"I myself am not as concerned as my friends because I think even though the opportunities in Vancouver might be limited or impacted, there are still many opportunities elsewhere in Canada," he said.