Chinese developer warns it might not pay US$400 million bond 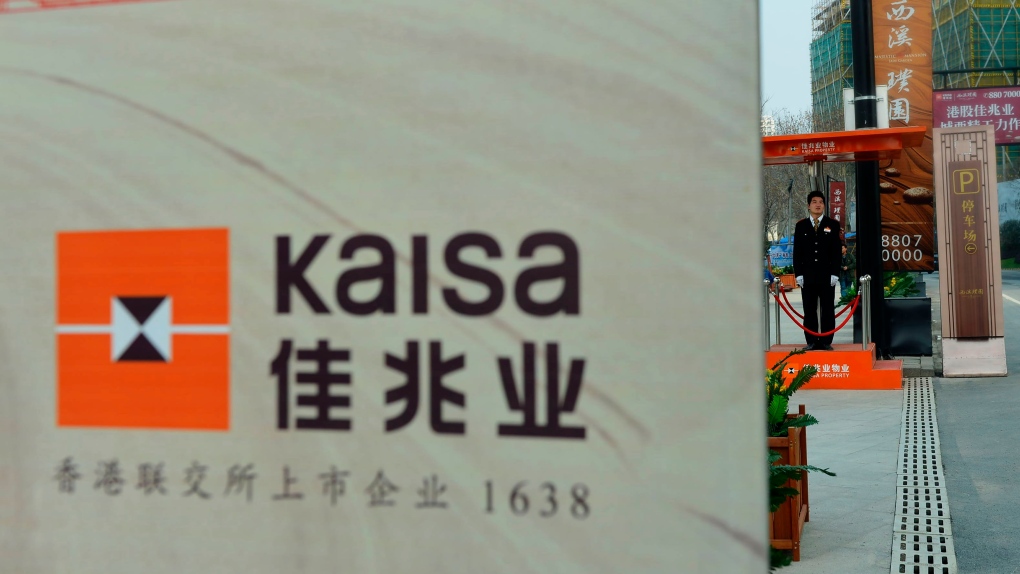 A security guard stands on duty at the gate of a real estate project under development by Kaisa Group Holdings in Hangzhou in eastern China's Zhejiang province on Jan. 16, 2015. (Chinatopix via AP)
BEIJING -

A Chinese real estate developer warned Friday it might fail to pay off a $400 million bond due next week, adding to financial strains in an industry that is struggling to avoid defaults on billions of dollars of debt.

Kaisa Group Holdings Ltd., headquartered in Hong Kong, said it tried to renegotiate the debt due Tuesday but too few bondholders agreed to unspecified terms.

"There is no guarantee that the company will be able to meet the repayment obligations," said a Kaisa statement released through the Hong Kong Stock Exchange.

It did not say if there was a grace period before it would be declared in default, which can trigger requirements to repay other debt immediately.

Some Chinese developers are struggling to reduce debt after regulators tightened limits last year on their use of borrowed money. That is fueling fears about possible defaults and turmoil in financial markets.

Investors worry the biggest, Evergrande Groupe, its global industry's biggest debtor, might collapse with 2 trillion yuan (US$310 billion) of debt.

Chinese central bank officials have tried to reassure investors the financial system can be protected from Evergrande's problems.

Economists say Beijing can step in to make sure there is adequate money in lending markets but wants to avoid sending the wrong signal by bailing out Evergrande or other developers.

Kaisa said it would look at options including selling assets.

The company says it has more than 17,000 employees, 310 billion yuan (US$49 billion) in assets and activities in more than 50 Chinese cities. It has assets in real estate development, tourism, hotels, sea transportation and health.

In October, a midsize developer, Fantasia Holdings Group, announced it failed to make a $205.7 million payment due to bondholders.