China slaps 200 per cent tax on Australia wine amid tensions 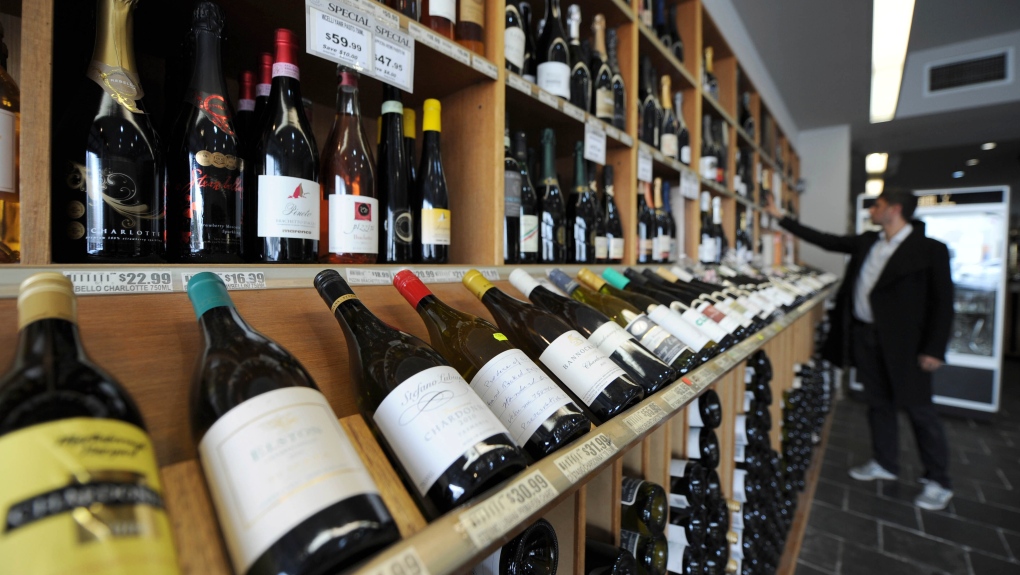 In this Feb. 29, 2012, file photo a shopper looks over the wine at King & Godfree, one of Australia's oldest licensed grocery stores in, Melbourne, Australia. (AP Photo/Mal Fairclough, FILE)

BEIJING -- China on Friday added wine to the growing list of Australian goods barred from its markets in a trade war against Australia over disputes including its support for a probe into the origin of the coronavirus.

China increasingly is using its populous market as leverage to extract political concessions and increase its strategic influence.

Earlier, China stopped or reduced imports of beef, coal, barley, seafood, sugar and timber from Australia after it supported calls for a probe into the origin of the coronavirus pandemic, which began in China in December.

China's ruling Communist Party is trying to deflect criticism of its handling of the outbreak, which plunged the global economy into its deepest slump since the 1930s, by arguing the virus came from abroad, despite little evidence to support that.

Meanwhile, Australia is working on a mutual defence treaty with Japan, which Chinese leaders see as a strategic rival, and has joined Washington and Southeast Asian governments in expressing concern about China's construction of military facilities on islands in the disputed South China Sea, a busy trade route.

A Chinese foreign ministry spokesman called on Australia to "do something conducive" to improve relations but gave no details.

"To a certain extent, this is Australia's fault for allowing itself to become a one-trick pony export-wise to China," market analyst Jeffrey Halley of Oanda said in a report.

The Chinese market is especially important at a time when China is recovering from the coronavirus while the United States, Europe and other major economies are struggling with anti-disease controls that depress demand.

The Ministry of Commerce said the wine tariffs are in response to complaints Chinese producers were damaged by improperly low-priced Australian imports.

Trade Minister Simon Birmingham said the accumulation of Chinese sanctions suggested they were due to "other factors" but gave no details.

Australia has imposed restrictions meant to block foreign influence in its politics following complaints Beijing might be trying to manipulate its government.

Australia also has joined the United States in imposing curbs on use of technology from Chinese telecom equipment giant Huawei Technologies Ltd. on security grounds.