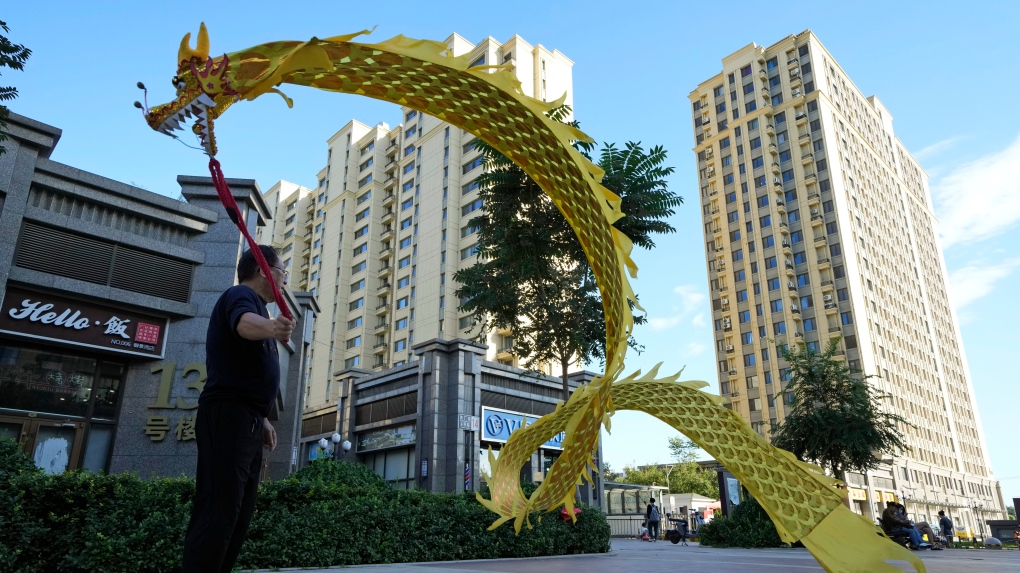 China Evergrande did not make payments on some U.S. dollar bonds at the end of a month-long grace period, sources familiar with the situation told Reuters on Tuesday, setting the stage for a massive default by the world's most indebted property developer.

Adding to a liquidity crisis in China's once bubbling property market, smaller peer Kaisa Group Holdings was also unlikely to meet its US$400 million offshore debt deadline on Tuesday, a source with direct knowledge of the matter said.

Failure by Evergrande to make $82.5 million in interest payments due last month would trigger cross-default on its roughly $19 billion of international bonds and put the developer at risk of becoming China's biggest defaulter – a possibility looming over the world's second-largest economy for months.

Non-payment by Kaisa would push the 6.5% bond of Kaisa, China's largest holder of offshore debt among developers after Evergrande, into technical default, triggering cross defaults on its offshore bonds totalling nearly $12 billion.

Evergrande did not respond to Reuters' request for comment. Kaisa, which in 2015 became the first Chinese developer to default on an offshore bond, declined to comment.

No holders of two bonds issued by China Evergrande Group's unit Scenery Journey Ltd had received overdue coupon payments as of 1400 GMT on Tuesday, a source familiar with the situation told Reuters.

Another four sources holding the bonds confirmed they had not received payment. All declined to be named as they were not authorized to talk to the media.

"From our point of view it has been a question of when, not if - the scale of the interest payments and then early next year redemption payments has made this (default) seemingly inevitable," said one bondholder, declining to be named.

Evergrande was once China's top property developer, with more than 1,300 real estate projects. With $300 billion of liabilities, it is now at the heart of a property crisis in China this year that has crushed almost a dozen smaller firms.

The government has repeatedly said Evergrande's problems can be contained and moves to boost liquidity in the banking sector along with the firm's plans to forge ahead with a restructuring of its overseas debt have helped reassure global investors. The provincial government of Guandong, where Evergrande is based, stepped in last week to help manage the fallout, reinforcing the view that its failure would be managed.

Evergrande has not issued any communication to bondholders about the missed payment, one of the five sources said.

The developer had said on Monday it had established a risk-management committee that included officials from state entities to assist in "mitigating and eliminating the future risks."

That came after it said creditors had demanded $260 million and it could not guarantee funds to repay debt, prompting the authorities to summon its chairman and reassure markets that broader risk could be contained.

China's property market has for years been an engine of growth for the world's second-biggest economy. Investors, policymakers and central bankers are now trying to calculate the global knock-on effects if the major developer defaults.

So far, any Evergrande fallout has been broadly contained in China and with policymakers becoming more vocal and markets more familiar with the issue, consequences of its troubles are less likely to be widely felt, market watchers have said.

State involvement and hope of managed debt restructuring helped lift Evergrande stock as much as 8.3% a day after diving 20% to a record closing low. Still, it ended Tuesday up only 1.1% while its bonds continued to trade at distressed levels.

Notes due on Nov. 6, 2022, - one of two tranches with a coupon payment deadline that passed on Monday midnight in New York - traded at 18.282 cents on the dollar, Duration Finance data showed, little changed from a day earlier.

Founded in 1996, Evergrande epitomized a freewheeling era of borrowing and building. But that business model was scuttled by hundreds of new rules designed to curb developers' debt frenzy and promote affordable housing.

Evergrande became one of several developers subsequently starved of liquidity, prompting offshore debt default and credit-rating downgrades, and a plunge in the value of developers' stocks and bonds.

A string of developers have scrambled to raise funds by selling shares and assets. Only some have found takers.

Shimao Group and Logan Group both announced on Tuesday a top-up share placement to raise around $150 million each, while Guangzhou R&F Properties said it had agreed to sell a 30% stake in a Guangzhou logistics park.

For Kaisa, the risk of defaulting emerged after it failed to make a notes exchange deal with bondholders last week.

To avoid default, bondholders owning over 50% of notes due on Dec. 7 and Kaisa notes worth a total of $5 billion, sent the company draft terms of forbearance late on Monday, a separate source with direct knowledge of the matter said.

Even in the case of a technical default, Kaisa and offshore bondholders could discuss forbearance terms, two sources with knowledge of the matter said.

Kaisa, whose shares rose 1.1% on Tuesday, said it was open to discussion on forbearance, without elaborating.

Sources previously said bondholders had offered Kaisa $2 billion in funding last month but the offer had not progressed.