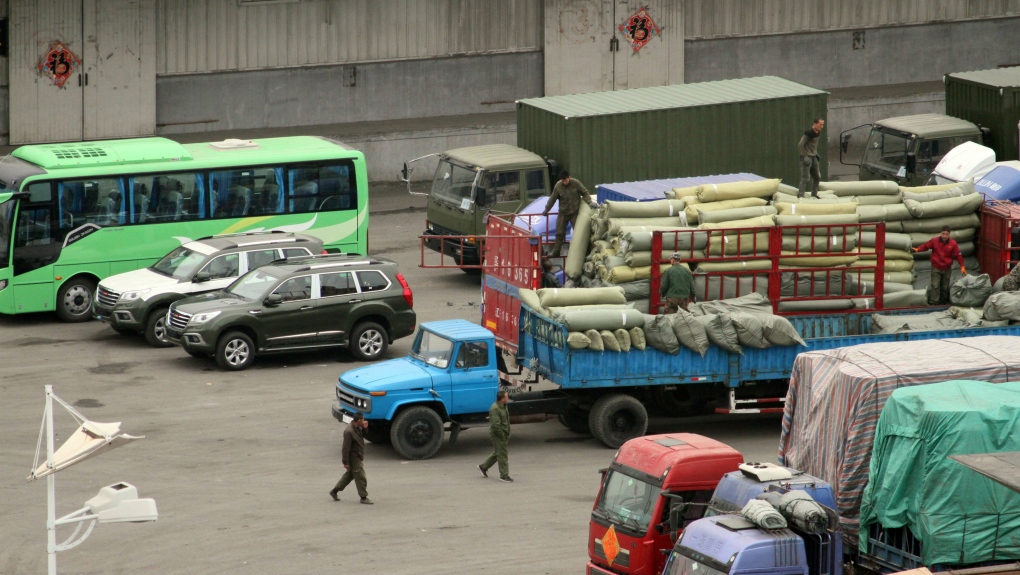 In this Thursday, March 17, 2016 photo, cargo trucks and other vehicles wait at a border checkpoint to cross into North Korea in Dandong in northeastern China's Liaoning Province. (Chinatopix via AP)

BEIJING -- Chinese authorities are investigating a company researchers say sold North Korea materials that can be used by its growing nuclear weapons program in a crackdown that reflects Beijing's growing frustration with its isolated neighbour.

The announcement about Hongxiang Industrial Development Co. in Dandong, a northeastern border city in Liaoning province, was uncharacteristically explicit for Beijing, whose dealings with the North usually are shrouded in secrecy.

Hongxiang is suspected of unspecified "serious economic crimes," according to separate announcements by police in Liaoning and China's foreign ministry. They gave no details but a South Korean think-tank said in a report it supplied aluminum oxide and other materials that are used in processing nuclear bomb fuel.