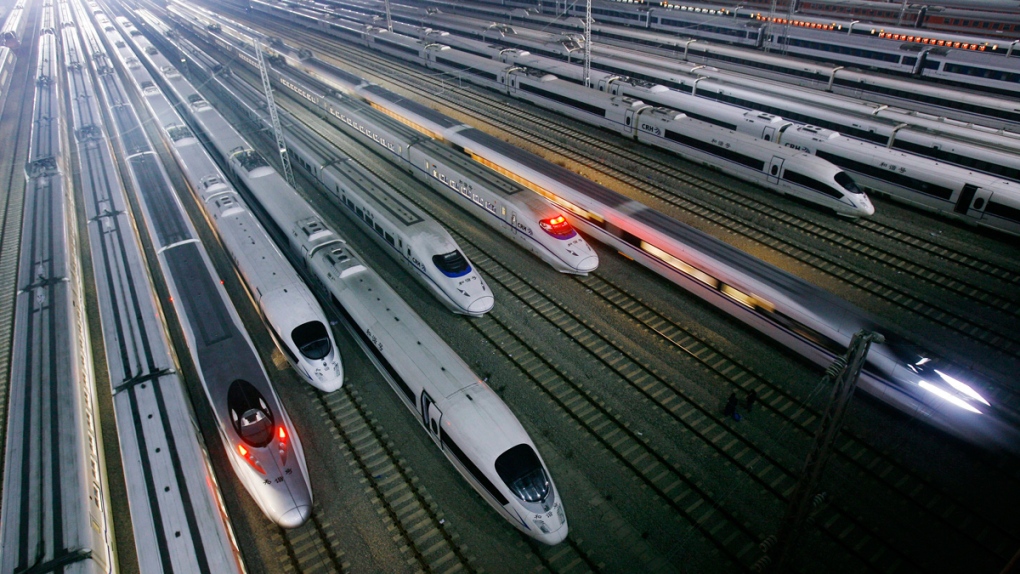 BEIJING -- The Chinese government plans to expand the country's high-speed rail network to 30,000 kilometres by 2020, part of public infrastructure spending aimed at shoring up economic growth.

Overall, China plans to invest 3.5 trillion yuan ($504 billion) in railway construction between this year and 2020, Yang said. He was speaking at a briefing introducing plans to improve the country's transportation services.

The plans call for the renovation of expressways and faster construction of railways to serve less-developed regions in central and western China.

Economic growth has steadily slowed over the past six years as communist leaders seek to wean the economy off manufacturing and exports in favour of more self-sustaining growth based on consumer spending.

In the last two years, officials have responded with ramped up spending on construction of highways and other public works.

On Wednesday, China began operating a new high-speed rail line linking the financial hub of Shanghai in the east with Kunming, the capital of southwestern Yunnan province, a poorer region.