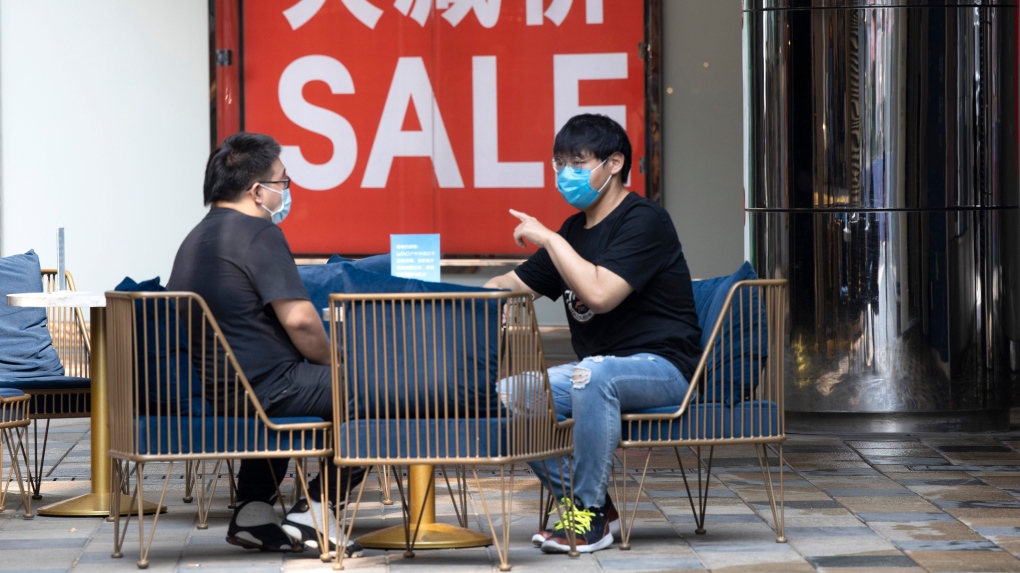 Shoppers wearing mask to curb the spread of the coronavirus visit a retail district in Beijing on July 22, 2020. (AP Photo/Ng Han Guan)

The data reported on Friday show that despite a rebound in Chinese exports, domestic demand in the world's second-largest economy is still lacklustre.

Massive flooding across much of the south of the country also has hurt both production and consumer demand, though it pushed food prices sharply higher. Pork prices jumped nearly 86 per cent, the report said.

"Still, the glaring concerns around retail demand continue to speak volumes that it's going to take more than stimulus and deep discounts on luxury products to get people shopping again," he said in a report.

The 4.8 per cent increase in industrial output from a year earlier was on a par with the month before and slightly below forecasts of just over 5 per cent.

China, where the pandemic began in December, was the first economy to start the struggle to revive normal business activity in March after declaring the virus under control. Manufacturing is recovering, but consumer spending is weak.

Many Chinese either lost their jobs or some income, or are are worried they might.

The National Bureau of Statistics said that overall, China created 6.7 million jobs, nearly 2 million fewer than would normally be expected.

Still, there were signs of improvement in investment in factories and construction, which fell 1.6 per cent in January to July, compared with a 3.1 per cent contraction in the first half of the year.

Economists expect China's economy to continue to recover in coming months as other economies also regain momentum lost during the pandemic.

"While household consumption has been the laggard, we expect it to gather pace along with a gradual improvement in the labour market " in the second half of the year, Oxford Economics said in a commentary.

It said exports would likely bounce back as well. "But the road ahead appears bumpy, as new export orders remain weak and the recovery path will be uneven across economies."

Friday's data release came just before Chinese and U.S. officials are due to hold online talks about progress on a "phase one" trade agreement set in January that brought a truce in a tariff war between the two biggest economies.

Relations have worsened despite that deal, as the two sides spar over abuses in the northwestern region of Xinjiang, developments in Hong Kong and technology disputes, among other issues.