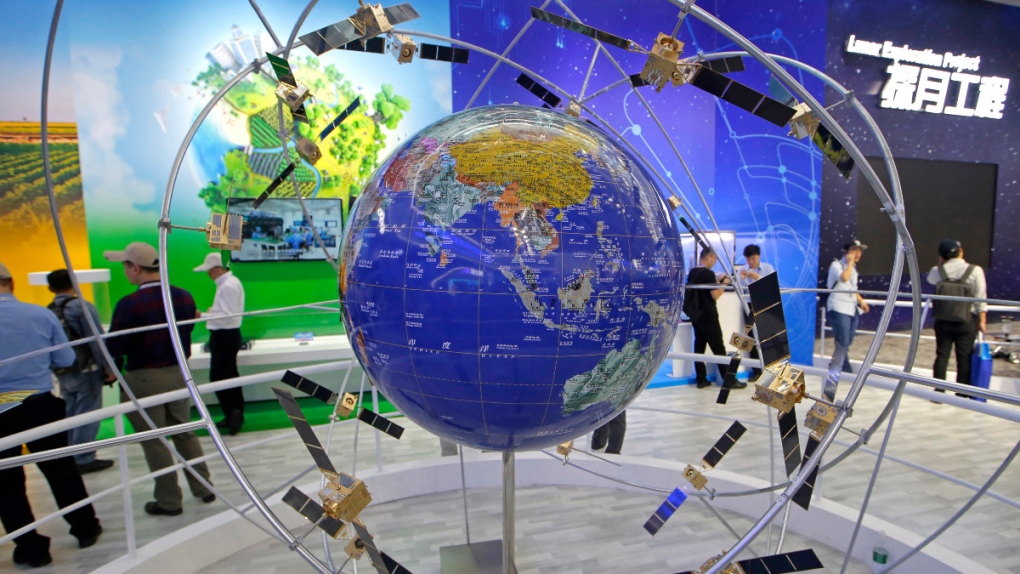 BEIJING -- China is celebrating the completion of its BeiDou Navigation Satellite System that could rival the U.S. Global Positioning System and significantly boost China's security and geopolitical clout.

President Xi Jinping, the leader of the ruling Communist Party and the People's Liberation Army, officially commissioned the system Friday at a ceremony at the Great Hall of the People in Beijing.

That followed a declaration that the 55th and final geostationary satellite in the constellation launched June 23 was operating after having completed all tests.

The satellite is part of the third iteration of the BeiDou system known as BDS-3, which began providing navigation services in 2018 to countries taking part in China's sprawling "Belt and Road" infrastructure initiative along with others.

As well as being a navigation aid with an extremely high degree of accuracy, the system offers short message communication of up to 1,200 Chinese characters and the ability to transmit images.

Foreign ministry spokesman Wang Wenbin said the system is already in use in more than half the world's nations and stressed China's dedication to the peaceful use of space and desire to work with other countries.

"China is willing to continue to strengthen exchanges and co-operation in space and share the achievements of space development with other countries on the basis of mutual respect, openness, inclusiveness, equality and mutual benefit," Wang said at a daily briefing.

While China says it seeks co-operation with other satellite navigation systems, BeiDou could ultimately compete against GPS, Russia's GLONASS and the European Union's Galileo networks. That's similar to how Chinese mobile phone makers and other producers of technically sophisticated hardware have taken on their foreign rivals.

The official Xinhua News Agency said BeiDou is compatible with the three other systems but gave no details on how they would work together.

For China, among the chief advantages of the system, whose construction began 30 years ago, is the ability to replace GPS for guiding its missiles, especially important now amid rising tensions with Washington.

It also stands to raise China's economic and political leverage over nations adopting the system, ensuring that they line up behind China's position on Taiwan, Tibet the South China Sea and other sensitive matters or risk losing their access.

It said the system was proof that attempts by Washington to impose a "tough hi-tech blockage" and crackdown on Chinese companies such as Huawei had failed.

"In spite of such measures, China's innovation capability has only grown stronger. Just as President Xi recently said at a symposium on China's economic work: 'No country nor individual can stop the historical pace of the great rejuvenation of the Chinese nation," Xinhua said.