Chevron may not be an oil-first company in 2040, CEO says 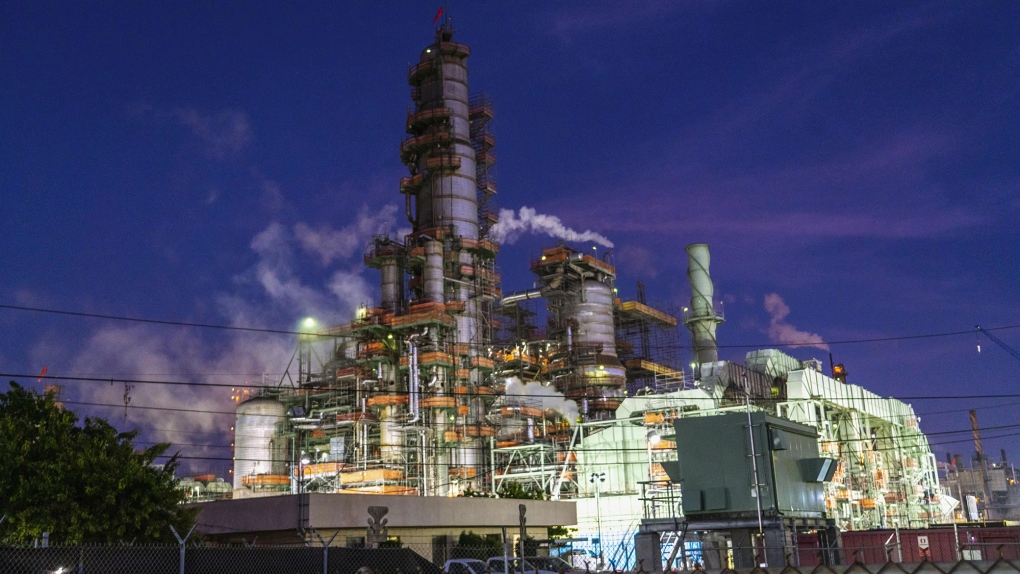 Chevron has built a US$170-billion fossil fuels empire that has made the 141-year-old company synonymous with the oil-and-gas industry.

But the climate crisis is forcing oil companies large and small to rethink their once-reliable business models.

While U.S. oil companies have been far more reluctant than their European rivals to shift away from their cash cows, even Chevron CEO Michael Wirth concedes his company may look different in 2040.

"Oil and gas will still be a very big part. Will it be the biggest part? Time will tell," Wirth told CNN Business. "Twenty years forward there are things we are not doing today at any scale that no doubt we will be doing at a very large scale."

The Chevron boss pointed specifically to expansions into cleaner alternatives such as green hydrogen, renewable natural gas and carbon capture and storage.

The comments, from one of the captains of Big Oil no less, underscore the identity crisis facing the fossil fuels industry.

CHEVRON IS NOT BANKING ON SOLAR AND WIND

By contrast, ExxonMobil is making a far different bet by expanding its footprint in the oil business, including accelerating its investments in shale oil and offshore drilling in Guyana. Likewise, Chevron reached a $5 billion deal last year to acquire oil-and-gas company Noble Energy.

Neither company has made major investments in solar and wind beyond supporting their own power needs -- and Wirth indicated that won't change.

Plenty of companies already excel at selling solar and wind power to the electric grid, but Chevron will stay focused on areas where it can have a unique advantage. "We're not sure wind and solar are the technologies that offer that," Wirth said.

Even so, Wirth realizes Chevron may need to change to meet the times.

"Twenty years from now we'll be earning our profits from energy. But our company looks quite different today than it did 20 years ago," he said in the interview.

In recent years Chevron has adapted to the shifting energy landscape by expanding into new areas, including shale and liquefied natural gas (LNG), two of Chevron's most lucrative sources of revenue.

And Wirth stresses that Chevron is not saying goodbye to oil and gas. "It will not go away in 20 years. It will still be very important," he said.

Still, over the next two decades, Wirth said the company could use its technical skills and financial strength to tackle big problems and invest in large, complex energy systems.

"That's what we do. Twenty years from now that's what we'll be doing," Wirth said. "Those energy investments will evolve to look different from today."

Big Oil may be forced to evolve by a combination of Wall Street and the federal government.

The oil industry has severely lagged the rest of the stock market over the past decade. While much of its underperformance is due to muted oil prices and excessive cash burn, more recent struggles can be attributed to the ESG (environmental, societal and governance) movement. Investors want to bet on companies that are viewed as part of the solution, not the problem.

In his first weeks in office, U.S. President Joe Biden has wasted no time putting pressure on fossil fuels. He moved swiftly to announce a return to the Paris climate agreement, revoked a permit for the Keystone XL pipeline and imposed a moratorium on oil and gas leasing on federal lands.

"We support the president's priorities," Wirth said, pointing specifically to the Paris climate agreement, methane regulation and global engagement on climate change. "We also agree that the future of energy is lower carbon."

But some of Biden's early actions "do raise concerns," he said, including the moratorium on leasing. "These executive orders...will not reduce demand. They may simply reduce taxes and jobs."

The White House has defended the impact on jobs by promising investments in clean energy that will create millions of union jobs.

THE FUTURE OF ENERGY

All three remain very small parts of its business, and Chevron barely mentions them in its most recent annual report.

Chevron has a pair of projects in Australia and in Canada focused on carbon capture and storage, a way to trap emissions before they harm the planet.

But current carbon-capture technologies are very expensive and much more investment is needed to move the needle. That's among the reasons global spending on carbon capture and storage spiked 212% in 2020, according to BloombergNEF's Energy Transition Trends report.

Chevron is already in the hydrogen business through its refineries, but not in a big enough way to save the planet. However, energy companies are plowing money into carbon free hydrogen, known as green hydrogen in the hope that eventually it can power factories, cars and even planes.

"It's currently expensive and not necessarily economical," Wirth said. "But there are reasons to believe that with further investments in technology and cost structures, we can make it much more competitive."

Chevron is also dipping its toes in renewable natural gas, a fuel produced naturally from bio sources like dairy farms, landfills and wastewater treatment facilities. For instance, the company is working with dairy farmers to slash methane emissions by capturing and cleaning it.

The question is which, if any, of these bets turns into a major moneymaker for Chevron. And whether the company finds an answer to that question before it's too late.