CETA can serve as template for post-Brexit Canada-U.K. trade deal 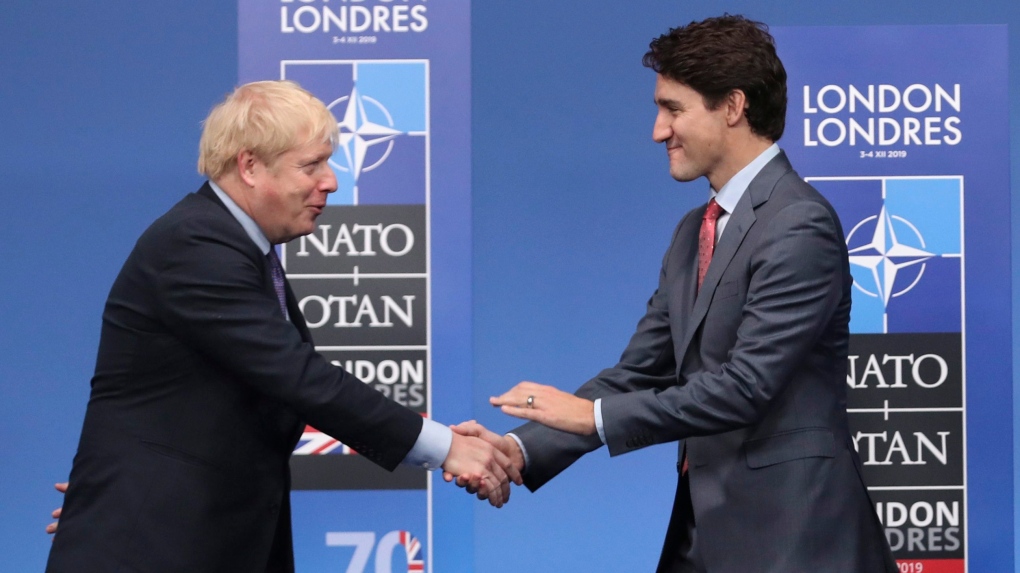 CALGARY -- Canada's trade agreement with the European Union should serve as a template for a future trade deal between Canada and a post-Brexit United Kingdom, according to an official with the British High Commission in Ottawa.

Brexit is scheduled for January 31st, which will then leave 11 months to negotiate a deal including trade, fisheries, education, transportation and other areas.

"We will remain a member of the EU international treaty architecture until the end of the implementation period which is scheduled to end on the 31st of December," said Andy Barr, Head of Economics and Trade Policy for the British High Commission, at an event in Calgary on Monday.

"We have 11 months to plot forward a route for boosting U.K.-Canada."

International Affairs data found trade between the two countries totalled $25.6 billion in 2016, comprised of $18 billion in Canadian exports to, and $7.7 billion in imports from, the United Kingdom.

The U.K. has traditionally been Canada's second-largest export market after the United States.

Barr said the U.K. government has an "ambitious trade agenda" ahead including working out bilateral deals with the U.S., Australia and New Zealand. He said working out a trade agreement with Canada could be as easy as using CETA (Comprehensive Economic and Trade Agreement) as a model. The free-trade agreement between Canada, the European Union and its member states has eliminated 98 per cent of the tariffs between Canada and the EU.

"Our preference would be to lock in the terms of trade that are currently accorded by CETA into a U.K.-Canada agreement and then to begin to tweak those provisions so they make more sense for that U.K.-Canada relationship in the medium and long-term," Barr said.

"What I see is we have a good trade agreement available to both of us that businesses are starting to utilize and therefore lets lock that in and build from there."

The event in Calgary Monday was hosted by the independent, non-partisan, Canada West Foundation.

Sharon Sun, a trade policy economist for CWF, said the group has studied the amount of trade between the two countries and Canada is definitely undertraded in a number of areas including agriculture.

"It means there is room, there is potential unexploited export opportunities," Sun said.

"Canada is the top undertraded in general."

Sun agrees it makes sense to use the CETA model, which already works, for a future trade deal between Canada and the United Kingdom.

"It would save a lot of time and it would be a very efficient for Canada and U.K. to do that just because a lot has been previously agreed on. You're taking what's already there that both sides agree on."

Sun also thinks the U.K. would be wise to join the Comprehensive and Progressive Agreement for Trans-Pacific Partnership (CPTPP), which is a free trade agreement between Canada and 10 other countries in the Asia-Pacific region including Australia, Brunei, Chile, Japan, Malaysia, Mexico, New Zealand, Peru, Singapore and Vietnam.

"The most realistic is for the U.K. and Canada to take on a CETA-like agreement and then in addition if it joined the CPTPP it would benefit both because it help expand the block that Canada is currently in."

This report by The Canadian Press was first published Jan. 20, 2020