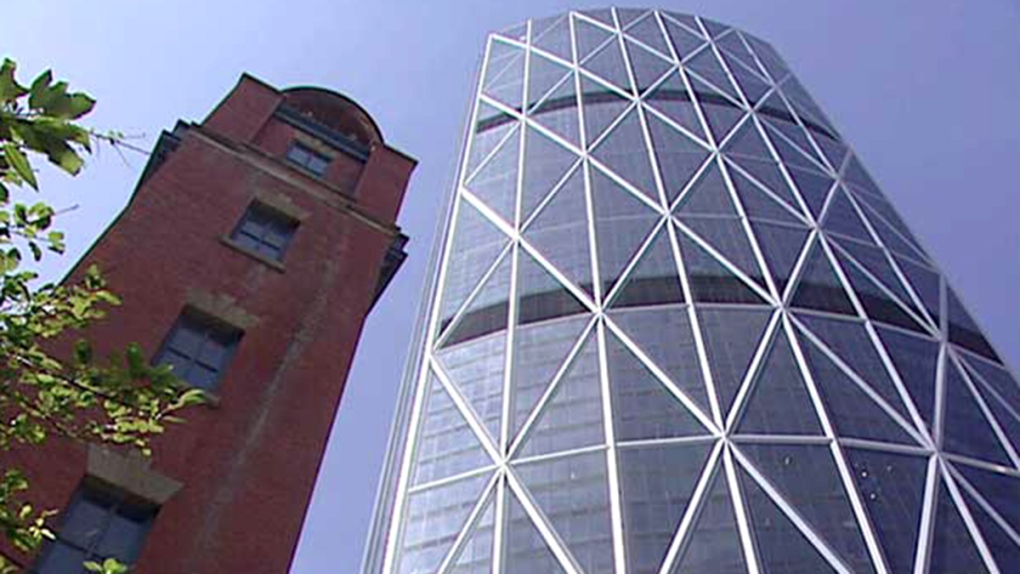 The offices of Cenovus Energy are located in this building in Calgary.

The company says it has been operating its Christina Lake and Foster Creek facilities at reduced production levels since February.

Cenovus chief executive Alex Pourbaix says when Canadian heavy oil is selling at a wide discount to West Texas Intermediate due to transportation bottlenecks, the company has significant capacity to store barrels in its reservoirs to be produced and sold at a later date.

Cenovus is also evaluating opportunities to optimize the scheduling of maintenance and holding talks with rail providers to resolve a shortage of locomotive capacity.

The company noted that while the strategy may result in fluctuating production from month to month, it continues to expect full-year oilsands volumes for 2018 to be within the its guidance of 364,000 to 382,000 barrels per day.