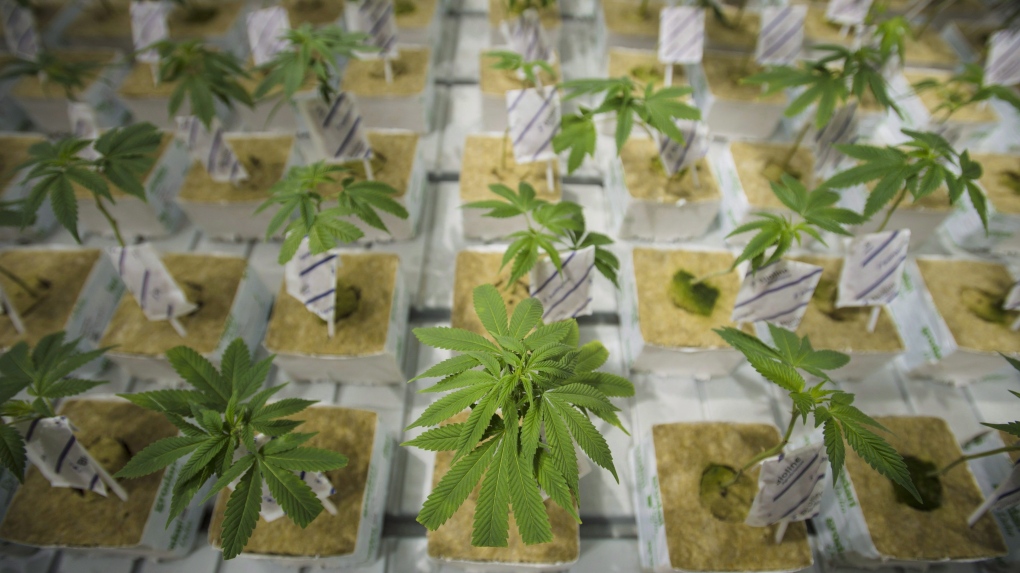 Plants from cannabis cuttings are photographed at the CannTrust Niagara Greenhouse Facility in Fenwick, Ont., on June 26, 2018. THE CANADIAN PRESS/ Tijana Martin

VAUGHAN, ONT. -- CannTrust Holdings Inc. says Health Canada has reinstated its licences for its greenhouse in Niagara and that it will immediately restart operations.

The cannabis company says it cannot say when its products will be available in the market as that depends on a Health Canada decision regarding its manufacturing facility in Vaughan, Ont.

The decision regarding the Vaughan facility is independent of the Fenwick facility's licence reinstatement and has not yet been made.

CannTrust, which has been operating under court protection from creditors under the Companies' Creditors Arrangement Act since March, says it sent its reinstatement submission for the manufacturing facility to Health Canada on April 24.

The company has been under fire since it disclosed last year that Health Canada had discovered illicit cultivation in unlicensed rooms at its Pelham, Ont., greenhouse.

It says creditor protection will also allow it to explore a plan to deal with the multiple class actions and other litigation brought against the company in the wake of its disclosures last year.

CannTrust's shares were delisted from the Toronto Stock Exchange at the end of trading on May 6.