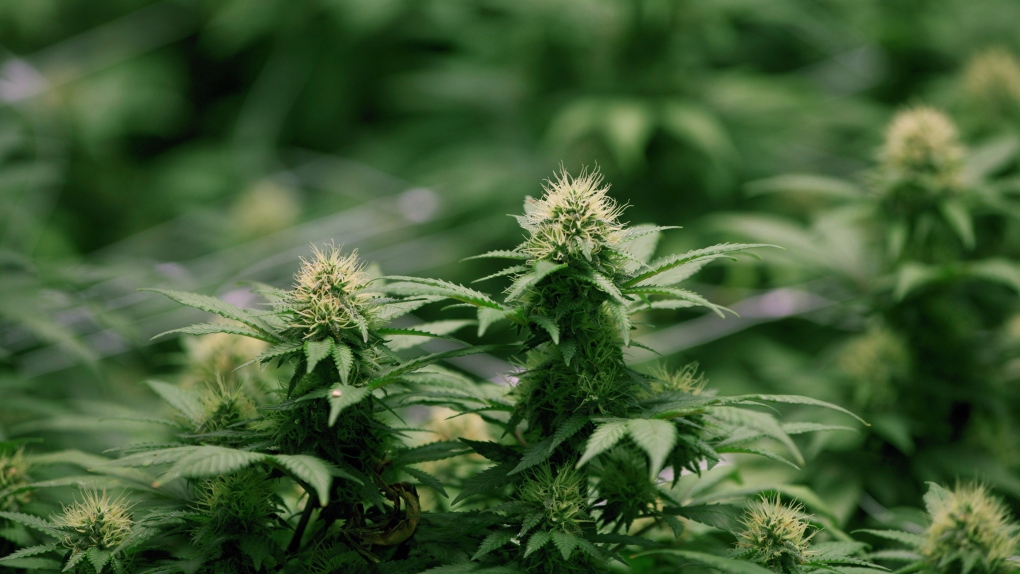 Growing flowers of cannabis intended for the medical marijuana market are shown at OrganiGram in Moncton, N.B., on April 14, 2016. (THE CANADIAN PRESS/Ron Ward)

The Moncton, N.B.-based licensed producer reported a $10.2-million loss for the three-month period ended May 31, compared with a profit of $2.8 million a year earlier.

Organigram's net revenue during the quarter totalled $24.8 million, up from $3.4 million a year earlier before legal recreational cannabis sales began but down from $26.9 million in its second quarter.

The decrease came as sales growth in Alberta and Atlantic Canada was offset by lower reorders from Ontario, after the province made a large number of orders in the previous quarter in advance of opening retail stores.

"Not having that replenishment in Q3 had an impact," said Organigram's chief executive Greg Engel on a conference call. "And so while Alberta and Atlantic Canada grew, Manitoba grew for us as well... The B.C. market has been more challenging."

As well, Organigram's shipments to Quebec occurred after the quarter ended, the company added.

Douglas Miehm, an analyst with RBC Capital Markets, said Organigram's latest revenues came in below its estimate of $28.2 million. He added that its quarterly results reaffirmed their view that Organigram could face difficulties delivering revenue growth and margin growth over the next one or two quarters.

"This should be helped by the company's value-add infrastructure build out, which appears to be progressing well," Miehm said in a note to clients. "While shipments to Quebec and higher CBD oil sales should act as a tailwind for Q4 sales, we believe this could be offset by still-modest follow-on orders in Ontario."

Organigram said Monday its Phase 4 production expansion is on schedule for completion by the end of the 2019 calendar year, which, once operational and licensed, will increase its capacity to 113,000 kilograms per year.

As well, the company outlined its strategy for next-generation cannabis products, such as edibles and topicals, which will be able to hit retail shelves in mid-December at the earliest after the new rules come into force.

Organigram said it will focus on vaporizer pens and edible products at the outset, and expects to sell vape products in December and pot-infused chocolates and dried-powder products for beverages by early 2020.

The company's latest earnings come after a tumultuous couple of weeks for the Canadian cannabis industry.

Earlier this month, Canopy Growth Corp.'s board of directors ousted its chief executive Bruce Linton after its largest shareholder Constellation Brands' had said it was not pleased with the licensed producer's latest results.

On Thursday, CannTrust Holdings Inc. halted all sales and shipments of its cannabis products as Health Canada continues its investigation into the licensed producer, which has more than 70,000 registered medical patients. Earlier that week, CannTrust said it was notified by Health Canada that it had found illegal cultivation at the company's Ontario greenhouse in rooms which had not yet received government approval. It said Health Canada put 5,200 kilograms of its cannabis on hold and CannTrust voluntarily put a hold on 7,500 kilograms of cannabis products linked to the five rooms in question.

Organigram has already received some inquiries from provincial authorities about additional product availability as a result, Engel told analysts on Monday.

When asked about what action Health Canada should take regarding CannTrust, Engel would not comment but said that the cannabis industry is in "transition," from founders as leaders to firms bringing in people with experience building and running successful companies.

"What it harkens to is it's really important that companies have independent governance ... That's not necessarily the case of many of the other companies, or historically was not the case, and that did lead to some challenge at those companies."