Canadians feeling worse than ever about their personal finances: Nanos poll

Canadians feeling worse than ever about their personal finances: Nanos poll

Consumer confidence continues to plummet with nearly half of Canadians reporting that their personal finances are worse off compared to a year ago, according to weekly polling by Nanos Research.

As Canadians cope with inflation, falling home prices and the prospect of a recession, 47 per cent of those polled by Nanos Research for Bloomberg News said their financial situation has gotten worse over the past year. 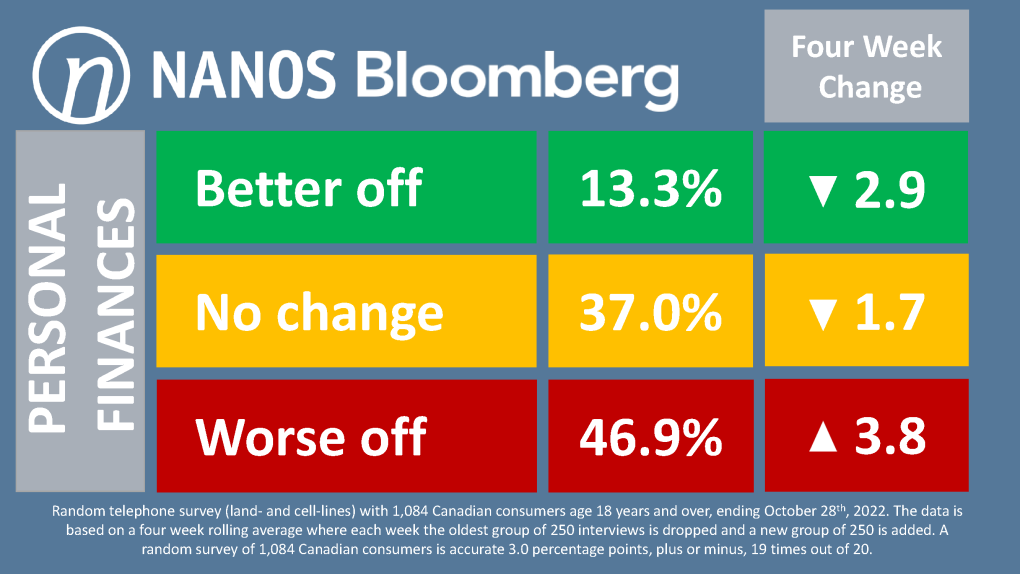 "The kicker is that this is a new record," said Nanos Research Chair Nik Nanos on the latest CTV News Trend Line podcast.

"We started tracking this in 2008. So this is the highest score for people reporting that their personal finances are worse off. It is higher than during the 2008 recession. It's higher than at the beginning of the pandemic, even before the checks started going out, when people were not paying the rent."

Only 13.4 per cent of respondents said their finances have improved since last year, while the remaining 37.1 per cent reported no change, and 2.6% of people said they were unsure.

Only nine per cent said they believe the economy will strengthen over that period, while 20 per cent say there will be no change. 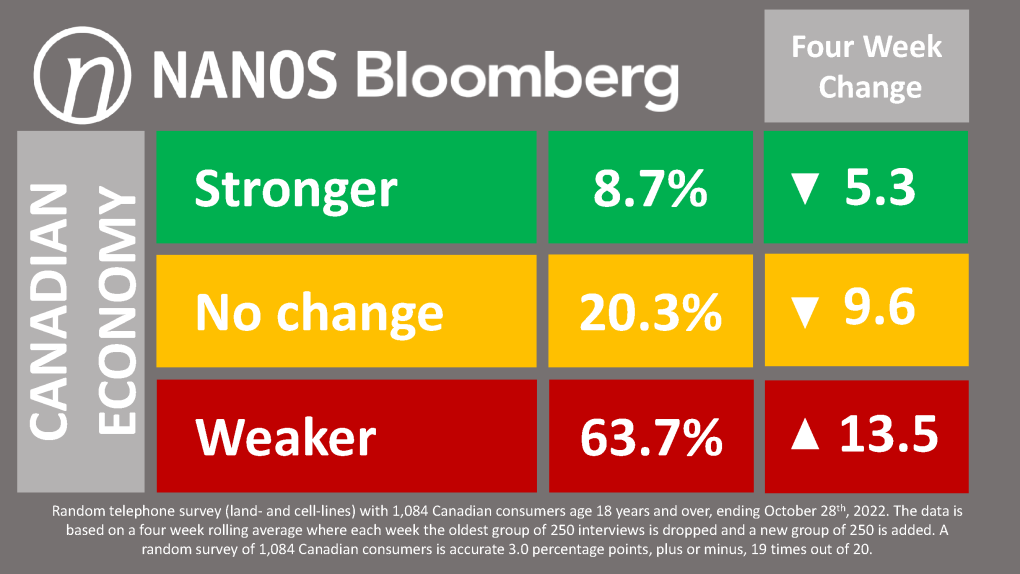 "So people are buckling up for a potential recession. They don't know whether it could be a mild recession, which is what some in the Bank of Canada believe it will be,” said Nanos. “But Canadians are bracing themselves for bad news."

The Bank of Canada predicted last week that Canada could see a potential recession in the first half of 2023, with growth slowing from 3.25 per cent this year to just under one per cent in 2023, according to its latest Monetary Policy Report.

Meanwhile, inflation is at 6.9 per cent with the bank seeing no signs of it easing until the end of 2023, when it will decline to about three per cent, before it settles down to a two per cent target in 2024. Added to that, Bank of Canada Governor Tiff Macklem pointed to more rate hikes coming down the line.

"This tightening phase will come to a close," Macklem said. "We're getting closer to that point, but we're not there yet. So we do expect interest rates will need to go up further and we will determine the pace based on developments going forward."