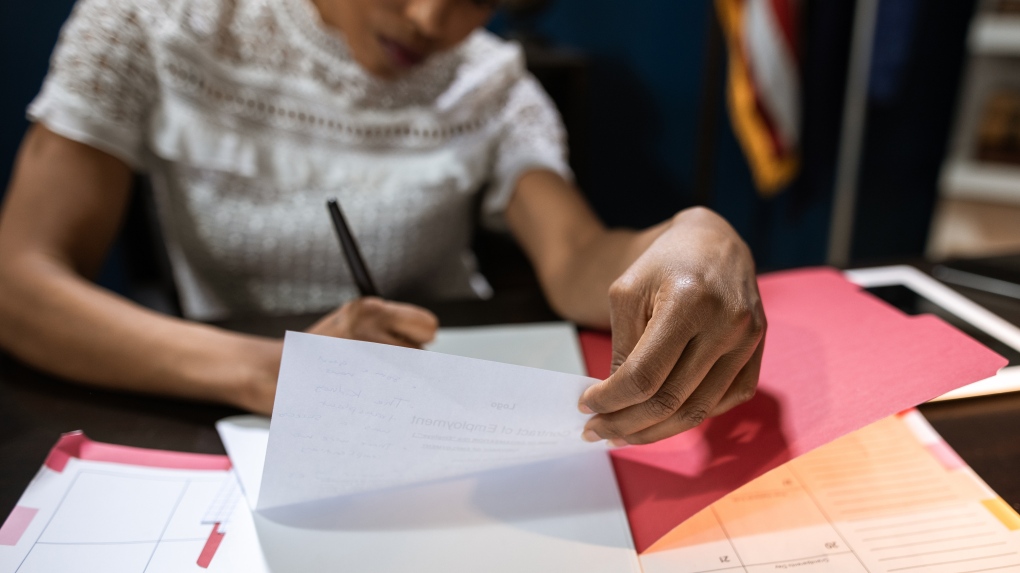 Despite more awareness about gender inequality in the workplace, many women feel the pace of change has been slow. (Pexels.com)

Women in Canada are becoming more pessimistic about gender equality in the workplace, with a majority feeling the pace of change has been slow despite more awareness and they still aren't being offered the same opportunities as men, according to a recent survey.

Over 1,000 working Canadian women from diverse backgrounds were surveyed by Randstad Canada, a human resources consulting firm, to get a better understanding of women's perceptions of equality at work and the barriers still to overcome.

Sixty-three per cent of respondents said their employers told them they had the same opportunities as men but felt this wasn't actually the case.

"Employers are underperforming when it comes to diversity and inclusion in the eyes of their female employees," Carolyn Levy, the company's president of technologies and chief diversity officer, told CTV News Channel on Saturday. "A powerful overall summary for this is that young women, mothers and women of colour don't believe that they have the same opportunities as previous generations of women."

That particular group of women feels especially left out, as the survey also revealed 32 per cent of women say they believe no progress has been made when it comes to gender equality, a feeling especially prevalent among young women, mothers and women of colour.

"There are lots of women's movements that we see. But the reality is [progress] is not felt by many women in their roles." Levy said.

Two-thirds of women reported having witnessed or being subject to unconscious bias, including microaggressions, fewer opportunities to advance, lack of flexibility and less pay for equal work.

Sixty-eight per cent of women said they plan to stay at their company, but only half reported feeling motivated to reach for a promotion. Forty-seven per cent of women under the age of 25 said they have to work harder and outperform men in order to gain recognition.

"There's not enough that has been done for women as a standalone. If there was, we certainly wouldn't be where we are now," Levy said.

In addition, the COVD-19 pandemic has had a massive impact on working women, she says, including 1.5 million women exiting the workforce early in the crisis. It's given women time to reflect on work-life balance, which has shifted attitudes toward wanting a more flexible work environment.

"For women, it's thinking, well, 'is it really worth it to go back into the conditions that I was in?'" Levy said. "The biggest ask that women have is that they are getting flexibility around paid vacation days, paid sick leave, to care for their family and empathy from their leaders and within the culture."

She also offered advice to parties who may have an interest in bridging the gender equality gap.

"Look hard at your policies, look harder at your engagement strategies for women, really think about the domestic arrangements as well as it's just not on the business. It's also on families and how they're operating at home. What is the support that's there for women to get back into the workforce?" Levy said. "Then we need government to step up with this from a policy perspective as well to help us with this inclusive perspective for women."