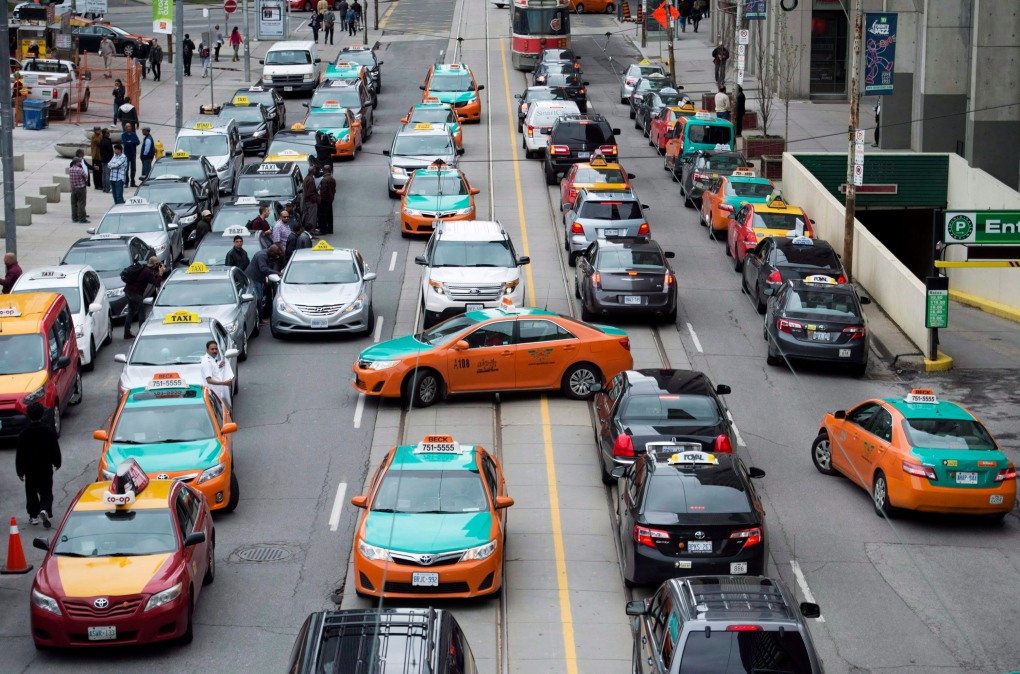 TORONTO -- Canada's taxi industry has a new tool in its fight against the rise of Uber.

The Ride, a new app launched on Monday, works similarly to Uber by offering passengers a more tech-savvy way to connect with local taxi cab companies.

Like Uber, users must open a personal profile and then use the cell phone's GPS location feature before they hail a cab through the virtual service.

Unlike Uber, The Ride comes with extra fees through your wireless provider.

The app will charge a fixed $2 "convenience fee" for hailing a nearby taxi.

In smaller towns, where local cab companies may not support the app yet, The Ride will charge $1 to connect the passenger to a local dispatch centre over the phone.

The Ride was created by Toronto-based CellWand Communications, the company behind .TAXI, a voice phone service that connects customers to a local cab company for a service fee.

Canadians spent almost $1.2 billion on taxis last year, according to a report from the Competition Bureau released last month.

The federal agency found Uber prices average around 36 per cent less than a comparable cab fare.

Taxi cab operators have been clashing with Uber, urging local governments in some cities to ban the service over various concerns such as proper licensing and insurance.

In Calgary, Uber agreed last week to suspend its operations and work with lawmakers to developer a new regulatory framework.

Toronto cab drivers staged a protest last week to back their call for local bylaws that would clamp down on UberX drivers.

On Tuesday, Uber will launch UberHop in Toronto, a carpooling option that links commuters in some of the city's busiest areas during rush hour and charges a flat $5 fee. The company says it will help reduce congestion in the city's downtown core.